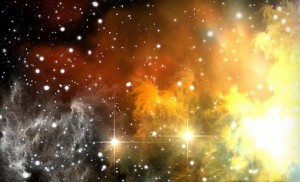 A man either lives life as it happens to him, meets it head-on and licks it, or he turns his back on it and starts to wither away.

– American screenwriter and producer, Gene Roddenberry, was born on this day in 1921 (died 1991).

I’m just going to go ahead and warn you right now. I got a little rambly with this one.

I realize it’s not New Year’s Day. But when you measure your years based on the time and distance between beach vacations (I may have mentioned ours), then the beginnings look a little different.

No resolutions, although I did settle in my mind some projects and ways forward whilst I was sunning on the beach…or more than likely hiding from the sun under the umbrella.

If you, or your offspring, are still in school, then the end of August, right around that Labor Day time, really is the beginning of a new year. New clothes, new books, new classes. New financing.

It’s Friday, and there’s lots to think about.

There are auditions coming up. Writing projects that need to continue. Yard projects that must be completed before the leaves begin to fall.

And then there’s the election. Sorry for the reminder.

I mostly ignored the news last week except for what I happened to stumble across whilst scrolling on Facebook.

I didn’t miss it.

But it does seem that the mainstream media is largely ignoring the historic flooding in Louisiana. Compare and contrast that with the post-Katrina flooding stories. There’s a meme floating around the interwebz that implies the media doesn’t care because a Republican isn’t President.

I’m not so sure I’d go that far. But you can’t deny the bias of the media.

I haven’t watched much of the Olympics either. I’m proud of the medals Team USA has won. Less proud of the behavior of some of our athletes.

Still, I’m not going to judge the young and famous. Face it. We all did stupid things in our youth. We just didn’t all have the world’s media following us around to catch us in the act.

Thanks be to God.

There are two weekends left before Labor Day. My family will be wrapping up the summer and our summer jobs at Kings Dominion. The boys plan to stay through the end of the season. The Mrs. is back at her day job. My tenure is directly tied to the above mentioned auditions. Then I’ll decide.

That also means we’re about two weeks away from Pumpkin Spice everything. Not to mention the fact that Christmas decorations are already appearing in the stores.

And yes, that’s even with the temperatures hovering somewhere in the 400s.

I could paraphrase the Grinch:

I must stop this *whole* thing! Why, for fifty-eight years I’ve put up with it now. I must stop Autumn from coming… but how?

It’s not worth the effort. Besides. I can rock the sweater look.

Enough rambling. Fall is coming. There are things to do.