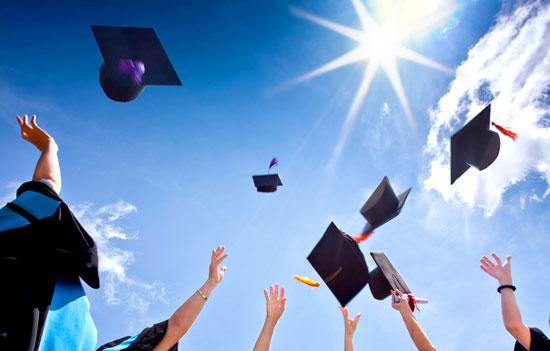 The good ole days weren’t always good, and tomorrow ain’t as bad as it seems.

American singer-songwriter and pianist, Billy Joel was born on this day in 1949.

It’s graduation season. All across the country, and perhaps around the world, bright eyed college and high school students are sitting through speeches they aren’t listening to from dignitaries they’ve never heard of.

Instead, after a guilt-induced conversation with a then spiritual mentor, I moved back home. Through connections and family I ended up with a job as…wait for it…a social worker.

So, for the last thirty years, I’ve been doing politics and public policy as my primary job. Twenty-two years with the Commonwealth.

But I’ve learned that I can’t blame that spiritual mentor for the misdirection he gave. I can’t blame the candidates I worked for for not winning. Well, maybe. But that’s another story. Whatever the influence, I made the decisions.

Now, while I sometimes struggle with the day job, it pays the bills. Or most of them. And I’m able to have that dream of writing and acting even though those aren’t my life sustaining career.

Many of the graduates hearing these speakers, or pretending to hear whilst avoiding the urge to pull out their phones, have a dream, and a plan, and will work diligently to get there. We have a young friend who, as of last week, can now be referred to as Doctor Joe.

I’m not going to be speaking at a graduation ceremony anytime soon, or if ever. The one time I did speak at my alma mater, as the president of the alumni association, I tried to tell a joke. It bombed royally. I realize, of course, that I’m likely the only one who remembers that.

I in the very, very rare chance that I was asked to speak, I’m not sure what I’d say. Is “you can have your dream” a false promise.

And, along the way, it’s okay to be just the way you are.