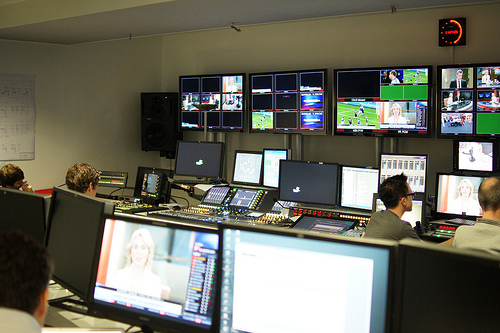 We are not educated well enough to perform the necessary act of intelligently selecting our leaders.

American journalist, voice actor, and producer, Walter Cronkite, was born on this day in 1916 (died 2009).

Your view of whether we were intelligent or not may likely depend on your own political leanings.

And, that’s all I’m going to say about that.

Cronkite certainly showed his bias, especially in later years, but he had a remarkable career in journalism.

How many of us grew up with him as a stable on the CBS Evening News? Long before Dan Rather and “fake, but accurate.”

Look it up. It will do you good.

It’s a shame though, that we really can’t trust the media. I mean is there really, really an objective news source out there?

I can’t name one.

Well, except for me. Because, of course, my opinion is the correct one.

Don’t believe me? Look it up on the Internet.

But it’s funny how we’ve gone from just having a few trusted news sources to hundreds if not thousands of “news” sources on the Internet.

It’s not quite as funny how often many of those “sources” are posted as fact.

I think we’ve pretty much gotten beyond people thinking The Onion is a serious news source.

But, come on, if you’re on Facebook how often do you see things with bogus quotes, bogus news articles, bogus references.

Our opinions are varied enough even with we’re working with the same facts.

I frequently try to correct some of these postings.

And, thank God for Snopes.

But people are gullible. And if something outrageous comes along that supports your particularly warped (or not) point of view it’s far too easy to just accept it as fact.

We all should do better about that.

As a writer who once thought about being a journalist, my job is to make sure things are presented accurately.

Just FYI, this blog is not fiction.

And, while I admittedly often write as a smartass, I try to be truthful and accurate.