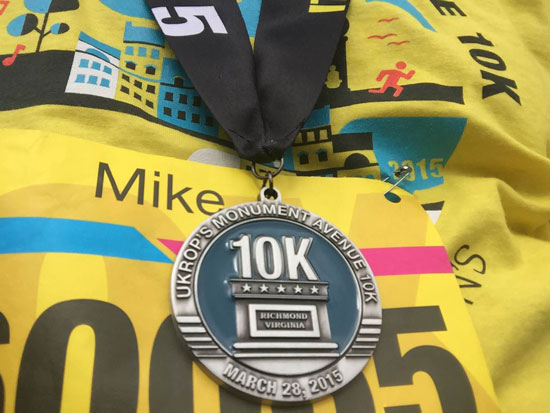 I did it. For the third year in a row I walked in the Ukrop’s Monument Avenue 10K.

For the second year in a row, I raised money for the Massey Cancer Center.

Thank you to those who helped put me over the top in my fundraising goal. This December will be twenty-five years since my cancer diagnosis and treatment. This means a lot to me. 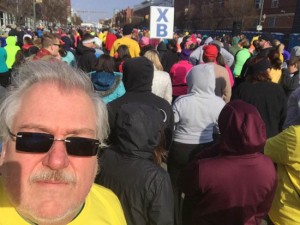 It was bitterly cold.

I did okay on time. I still want to hit that 90 minute mark. Some year I will.

But the reality is, with the health issues I’ve had in the past year (since the last race), I was pretty happy just to finish.

Truth is, I’ve not really trained since I injured my foot last year. That took months to heal.

Then as that healed the shoulder or the neck, or let’s just say the upper left side of my body went south and I’m still recovering from that. So I’ve not been consistent in either swimming or walking.

But, the truth also is, that I’m some fifty or fifty-five pounds lighter than last time I walked this. I think that helped me keep up the pace.

The first year I did the 10K, I promised to go back and run it the next year. I’ve not done that yet.

And more of the truth also is, I really don’t run. I might consider it if I drop another fifty or so pounds.

Here’s the thing. I did it.

Trust me, there were times this week when the only motivation to still plan to do this was the fact that people had sponsored me.

I thought about that a lot when I saw the weather reports that said in the 30s with a chance of snow.

But I knew I had to go through with it. And I’m glad I did.

I woke up Saturday morning to clear skies. If it snowed, I didn’t see it. I layered on the clothes. For the most part, I was really only cold walking to the start of the race and then afterwards when I slowed down, okay stopped. I really wasn’t cold throughout the course. 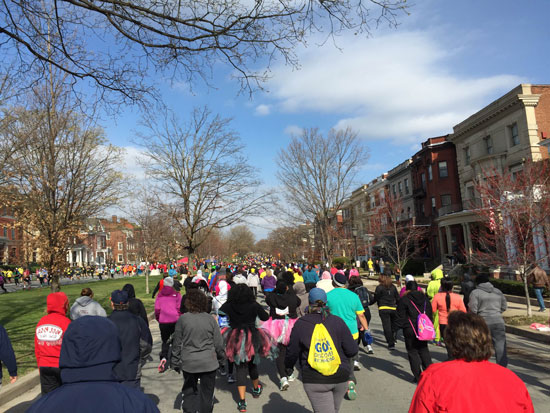 In other news, Richmond-born actor, Warren Beatty is 78 today. He was born on this day in 1937.

You’ve achieved success in your field when you don’t know whether what you’re doing is work or play.

Let’s be real. I go to work every day. I don’t talk much about that here other than to say that it supports my other work, which could be considered play.

I’ve had some fairly significant success in my fields of acting and writing. Not significant enough to pay the mortgage and tuition bills, which is why I keep the day job.

Well, that and the view. Have you seen the view from my office?

As long as I’m able, I’ll keep signing up for the 10K. And I’ll keep raising money for the Massey Cancer Center.