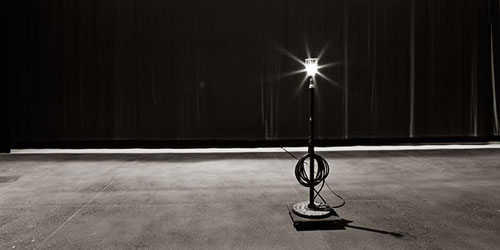 “Exhilaration is that feeling you get just after a great idea
hits you, and just before you realize what’s wrong with it.”

Observant readers will already know that I have a show opening tonight.

More observant readers will already know that it’s one of three performance opportunities for the spring.

Observant readers with a long-term memory will know that last fall I said I’d never be involved with three shows at a time again. Let’s not quibble, but I think it rather rude to point that out.  We won’t mention the fact that I actually tried to make it four.

Parade is the true story of Leo Frank, the Jewish factory supervisor transplanted from Brooklyn to Atlanta in the early 1900s.  Frank is falsely accused of murdering young Mary Phagan.

The story, yes it’s a musical, is beautifully written by Jason Robert Brown and Alfred Uhry. Parade won Tony Awards for Best Book and Best Score in 2000. A TV miniseries of the story was filmed here in Richmond back in the 1980s.

Parade isn’t really a happy musical.  It deals with the dark and ugly themes of hatred and racism.  At the same time, the people portrayed are noble, if perhaps their deeds and motives are ignoble.

The cast is diverse in age, faith and ethnicity, as was Atlanta in those days.  We’ve had to deal with some uncomfortable subjects.  But as our director has said, dealing with them upfront, and recognizing that this is history we’re portraying, takes some of the meaning out of the ugly words.

I’m one of the older members in the cast.  I’m not so sure I’m the oldest.  But I’m also not going to ask. The characters I portray are the oldest.  That’s why there’s makeup.

You just need to keep that snarky remark to yourself.

I love the way we can tell stories through art in a non-threatening way.  I love that we can learn through the arts about attitudes and people and places and events that we might find uncomfortable to talk about.  People die in this show.  My character doesn’t, but I do get to play the closest thing I’ve ever done to a death scene.  We tell the story so that those who died will not have died in vain.

As someone who grew up in Virginia in the 1960s, and who started school the year schools were desegregated, I understand the significance of this story.  And I understand that sometimes the uglier stories need to be told.  Pretending that things like this never happened is the worst thing we could do.

We need to hear, and see, and learn these stories.  Being in this show has made me want to learn more about our history, about what it was like in those days.

On a side note, seeing The Lion in Winter last week has made me more curious about British History.

But, this week, you need to see Parade.  It runs at Jewish Family Theatre through March 15.