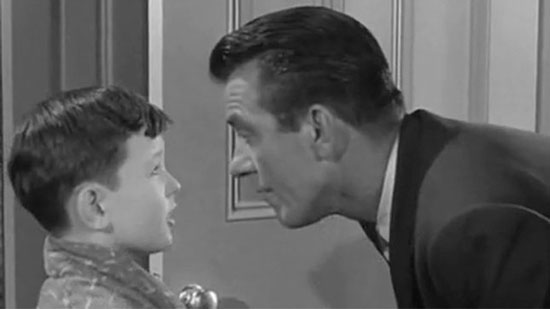 Televison’s ultimate father, Ward Cleaver, a.k.a. Hugh Beaumont, was born on this day in 1909.

Sometimes my work as an actor presents a conflict with my ideals as a clergyman. I don’t believe in the old saying that the end justifies the means, and no money that I can earn as an actor can accomplish so much good that I would feel justified in violating my ideals to earn it… If the question ever arises in a serious way, of course I would have to give up my acting.
– Hugh Beaumont

I have no memory of watching Leave it to Beaver in prime time. I was five-years-old when it went off the air. But I do remember catching the re-runs and wondering what it would be like to live in the perfect family.

Of course, that was television fantasy. There is no perfect family.

I was intrigued, however, by the above quote by Beaumont. Not really ever following his career, I didn’t realize that he was also a clergyman.

I was more intrigued because I found the quote following a conversation I had last evening with a theater friend. We discussed the fact that theater doesn’t have to be shocking, edgy or profanity-laced to be good, quality, theater.

I do agree with that. There are a lot of good stories and quality plays out there.

Still, not everything has to be The Sound of Music or (heaven, help us) Annie.

If you look at my recent ticket stubs, I’ve certainly seen my fair share of “edgy” theater. Sometimes the stories of life are gritty and ugly.

As an actor, there are shows for which I won’t audition. There are lines I won’t cross. At the same time, since I stepped out on the Richmond theater stage about three years ago, I’ve had no shortage of opportunities, or work.

I’m no Ward Cleaver, nor have I played him on television (of course, I could rock the part). I’m also no clergyman, but I have studied at a Christian univeristy and seminary.

That’s certainly worth thinking about.

Perhaps I’ll have time to give it more thought with the impending “Snowstorm of Doom.” Seriously? Octavia?

For now, I have to act like I’m preparing my tax returns.

Which, when you think of it, really does violate my ideals.