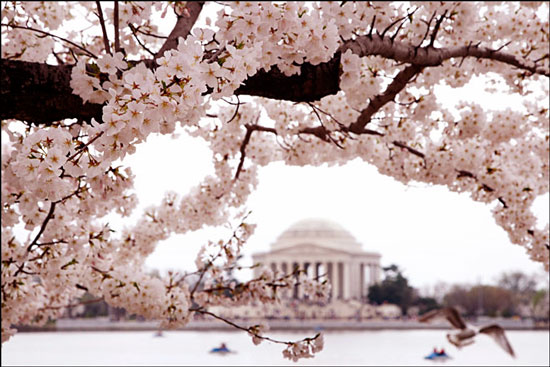 In the company of friends and family, and all 854 members of the wedding party…okay I think the real number was 20…that’s the trouble with getting married when you’re a little older, too many life-long friends to include…I watched my bride-to-be walk down the aisle on her father’s arm.

Friends were singing an original song that I wish we had on digital recording. It’s around here somewhere on a cassette that we desperately need to get converted.  And, for the record, yes I did have an eyelash in my eye.  I was not crying.  True story.

Little did I know how close we came to having no rings.  They were entrusted to my best man, the same Scott I mentioned in my post the other day.  However, Scott had left them at the hotel.  When he realized that, his wife made a mad dash back to the hotel and grabbed the rings.  As the pastor was praying with Scott and me before the ceremony began, I was deeply touched as another of my groomsmen, also a friend from college, came in to join us.  I felt his arm around my shoulder as the pastor prayed.  Little did I know that he was passing the rings to Scott.

A few minutes later, right before she came down the aisle, Vanessa was passing off something of her own as she handed a very confused wedding director a small pile of press on nails that apparently had not been pressed on well enough.

The title of this post comes from the fact that, while repeating the vows, Vanessa said that line twice.  I guess she wanted it to stick.

And in a favorite memory, while taking pictures, my groomsmen together began humming the Star Trek theme.  You see Star Trek IV was premiering that weekend.  And, of course the mission of the Enterprise was to “boldly go where no man…”

I’ll just pause for a minute and let that one sink in.

We were married, had a simple reception. I think.  I remember very little of it.  We spent our honeymoon on the Outer Banks courtesy of a friend who loaned us her house.  See, there are reasons we love the OBX so.

We had met in college my junior year.  Both Speech majors (she also an English major) so we had a lot of classes together.  We didn’t date that year, but became friends.

We fell in love the fall quarter of my senior year.

Actually, I need to back up.  The spring before I attended a campus leadership dinner and rode back to campus with the college president and his wife.  As they dropped me at the dorm, Mrs. Kinlaw said “Mike, are you dating anyone?”

I fell for Vanessa the very next quarter.  Remember, I don’t believe in coincidence.

It was homecoming weekend.  I was dating another girl.  Nothing serious, just a good friend.  We went to the banquet in the cafeteria.  Vanessa was there playing piano.  I remember the dress being green (she may disagree) but she had her hair pulled back to one side with a yellow flower.  I don’t remember the song she was playing.  I remember that my heart skipped a beat.  I don’t think my date noticed.  And, for the record, that was decades before the tachycardia.

Soon, I asked Vanessa out and we began dating.  Of course being the mature senior man, a leader on campus, I did what was expected of me.  That winter I got cold feet and broke up with her.  True story.

It’s hard to explain if you aren’t familiar with our college campus atmosphere. But we had social obligations with other friends that required we have one more date.  I never saw evidence of a voodoo doll, but the afternoon of what was supposed to be our date, I broke my leg. I was roller skating with another woman.  True story.

The next six years were times of on again, off again seeing each other. Most of the time in very awkward social situations.

You see, I had to go home and spend what turned out to be several years experiencing and later removing myself from a certain community.  I won’t go into details, but this is one of those stories I was talking about last week where more people have  to die before I can write it.  But I will write it.  The working title is “That one time, at cult camp…”

To be fair, that makes it sound worse that in actually was.  I just love the snot out of that title.

Anyway I eventually moved away.  To Richmond in fact.  And we began corresponding again.

I visited her around November of 1985.  New Year’s Day 1986 I spent at an open house at her apartment in Greensboro.

By March, we were engaged.  It was a romantic evening planned by my entire office of the association I was working for in Washington, DC.  I proposed at sunset under the cherry blossoms in front of the Jefferson Memorial.  Oh, and to be clear, the entire office didn’t attend.  They were at a bar drinking toasts to us. Or probably just drinking.

In November, we were married.

But there’s no one else I’d rather be miserable with.

We’ve got two wonderful sons.  Well, again, most days they’re wonderful.  They present challenges of their own. But I couldn’t imagine our life without them. Don’t tell them I said that.  They’ll ask for money.

Today, Vanessa is the woman who has stood with me through job turmoil, of which I have had plenty.  Through cancer, of which I had more than enough.  Through the above mentioned tachycardia.  She home schools one son and provides counsel to the other when Dad’s solution would often be just a good swift kick or two.

She makes our house a home.  Tolerates (and loves) the animals who seem to love her best.

She has supported me in my goals to write, and in my quest to act even though it means for weeks on end that I am not home in the evenings.

She has been my rock when my faith has wavered.

She has made my life complete.