Thursday Just Made Me Sad 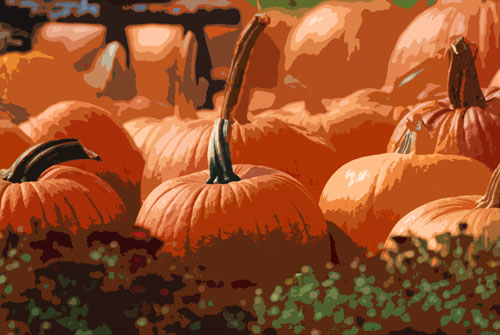 Halloween decorations, costumes and candy started hitting the shelves a few weeks back, which makes me wonder just what the shelf life is on that candy. I also noticed yesterday that the Halloween shop was back at the mall.

Contrary to oft-stated belief, Halloween is not the second biggest holiday in the United States. Don’t get me wrong, we spend a lot of money on Halloween. But we actually spend more on the Super Bowl.

If guys could trick or treat for beer…

I’ve always loved Halloween. I’m sure that as a child it was all about the candy. We’d scour the neighborhood, sometimes for hours, and come home with bags full of treats. Then we’d turn out the front porch light so no one else would knock on our door and sort out the good stuff. Some years we would also go to the carnival at the elementary school.

My only childhood regret was that the last year I was still “young enough” to officially trick or treat, I spent the evening in the ER with stomach cramps and what was initially expected to be appendicitis. It wasn’t. But I missed the candy. And I had a kick-ass ghost costume.

It wasn’t until I got to college that I really encountered fellow Christians who had a problem with Halloween. In fact it was my senior year and the class I was working with was tasked with building the “House of Screams” for the fall campus carnival. I found myself being presented with tapes and books about the evils of Halloween. We did the “House of Screams” anyway.

Don’t get me wrong. I respect those opinions. If you believe that Halloween is evil and that Christians should avoid it at all cost, then by all means, follow those convictions. I’m not going to judge you or argue with you. And quite seriously, I’m not going to have the “should Christians celebrate Halloween?’ discussion here.

Many churches now have an alternative to Halloween. Some billed as the Christian alternative. Some just as fall festivals or “trunk or treat” events. These are good things for a couple of reasons. They allow churches to celebrate fall with the community without embracing Halloween. And they allow kids to get candy without running the risk and dangers of going door to door.

These are great events. My church does an awesome one in the west end.

But where is the line for Christians? How much fall festival can you have and still not cross the line to Halloween?

My wife and I once attended a church where the instructions for fall festival costumes were “anything from the Bible or Disney.” We decided to go as Cruella de Vil and the Witch of Endor. Look them up. It will do you good.

The point is, be careful what you ask for. My church, again with my church, simply says “nothing scary, please.” Makes sense. Because even in our community of a few thousand, we have differing opinions.

Where I have a problem is when Christians try to present a “Christian version” of Halloween. That’s when you get into trouble. Someone asking for costumes from the Bible or Disney either doesn’t know the sources that well or certainly doesn’t know that my wife and I can find the snark in anything.

What prompted all of this is a catalog I received Tuesday from Oriental Trading. We ordered from them nearly 20 years ago for a birthday party and we’ve been on the list ever since. But in the Halloween section they had products for “Little Boolievers.”

I swear on a stack of miniature Mr. Goodbars that I am not making this up.

What. Were. They. Thinking?

These appear to be VBS (Vacation Bible School) style Halloween products for kids. One of them actually said “I’m Batty for Jesus.”

The bat is…wait for it…wearing a cross.

In one fell swoop it managed to be offensive to both spirit worlds.

The thing is, I’m pretty sure that the people most likely to buy these Little Boolievers products are also the most likely to say that our country is going to Hell in a hand basket. Said hand basket, of course, having been purchased on clearance at Hobby Lobby.

All I’m saying is be consistent in what you believe and what you present.

Either celebrate Halloween with all of its spooky goodness. Or don’t. Don’t try to make it fit your version of the gospel. Or vice versa.

Personally, I have more Halloween decorations than most people have for Christmas. Don’t get me wrong, I don’t go in for the guts and gore. Not because I find it particularly frightening, but because I generally don’t like the whole feeling of being startled or surprised. That’s why, to the dismay of the 14-year-old, I won’t do Halloween Haunt at Kings Dominion. I worked there two seasons. I know the safe zones. From thence I will not depart.

But orange lights, and happy pumpkins and whimsical ghosts? Count me in. I’ve got ’em all.