Be sure your chins will find you out 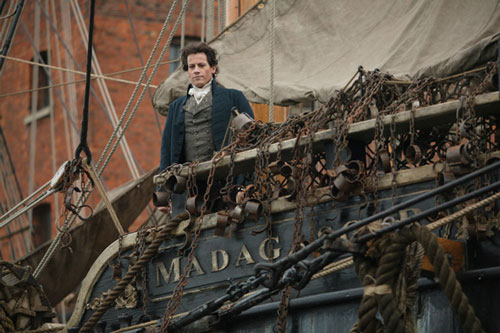 You may choose to look the other way but you can never say again that you did not know.
– William Wilberforce

On this date in 1833, the British Slavery Abolition act received Royal Assent and effectively abolished slavery in the majority of the British Empire. The faith of William Wilberforce lead him to become an active abolitionist and work toward the passage of the Slave Trade Act of 1807. Wilberforce continued the fight after he left Parliament. The Slavery Abolition Act passed in 1833 just days before Wilberforce died. The Wilberforce story is told in the movie Amazing Grace.

Coincidentally or perhaps providentially, on this same date 130 years later, Martin Luther King, Jr. stood on the steps of the Lincoln Memorial (August 28, 1963) and delivered his I Have a Dream speech.

Dr. King said, “Our lives begin to end the day we become silent about things that matter.”

I mentioned earlier this week that I officially graduated from the Biblical Training Program at the Christian Counseling and Training Center. I managed to finish the three-year program in seven years. Truth be told, I have a few requirements to finish out before it’s really official. But, I’m almost there. My certificate will hang alongside my certificate in Christian Education from Asbury Theological Seminary.

This past Sunday, our pastor mentioned the 1040 Window. In short, that’s the area in those regions of the eastern hemisphere, plus the European and African part of the western hemisphere, located between 10 and 40 degrees north of the equator. In terms of missions, that’s the area of the world where people are least likely to have heard the gospel.

All of these beg the question, what am I going to do about it?

What am I going to do about it? What are you?

I suppose we could all sit here and argue back and forth on the Internet. We all know how effective that is. Don’t get me wrong, the Ice Bucket Challenge is proof that the Internet can do amazing things in terms of awareness and fundraising. But that’s an entirely different story than the beheading of an American journalist or racial unrest in our city streets.

Allow me a little geekiness here:

Frodo: I wish the ring had never come to me. I wish none of this had happened.
Gandalf: So do all who live to see such times. But that is not for them to decide. All we have to decide is what to do with the time that is given to us.

I don’t have a magic ring to carry to Mount Doom to be destroyed. Truth is, I’d freak out at the spider anyway (and I have the scar to prove it).

Is all this as incoherent as my pre-caffeinated brain thinks it is?

I can’t fix all the world’s problems. But that doesn’t give me the freedom to ignore them, even if I don’t know the solution.

I spent over thirty years working politics thinking that if we just elected the right candidate then things would be better. Don’t laugh. The statement remains basically true if incredibly naive.

It’s true that I’ve become disgusted with the yelling and the screaming and the dishonesty of politics. It’s been fairly easy to step out of the political game, step away from the political blogging and even tone down, if not completely eliminate political commenting on social media.

But the issues haven’t gone away. And I can’t ignore them.

To be honest, I don’t have it within me to launch or join another crusade. At the same time, I don’t think I can just sit here.

All that I know for sure is that I can’t ignore the question.