Know when to walk away 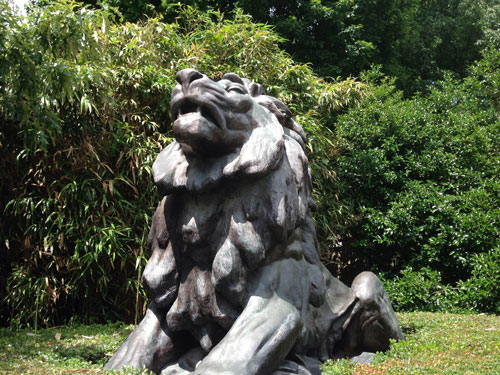 When I was in high school, Ray Bradbury was one of my favorite authors. Since that was some (gulp) forty years ago, I can’t remember everything that I read by Bradbury. I do remember Something Wicked This Way Comes and Dandelion Wine. I’m sure there was more.

But not long after Bradbury, I found Tolkien and later C.S. Lewis. I’m thinking I need to go back and read more Bradbury.

As I think of that today my artistic worlds are colliding. One of Bradbury’s earliest influences was Edgar Allan Poe. I wonder if my own fascination with Bradbury didn’t come from a student teacher whose husband was a descendant of the Poe family.

That aside, the collision comes as I’m in rehearsals to play Poe’s stepfather, John Allan, in the upcoming Edgar Allan Poe’s Haunted Homecoming Tour being produced by Haunts of Richmond. Proceeds benefit the Friends of Shockoe Hill Cemetery where the event will be staged.

This brings up the point that I also need to go back and read more Edgar Allan Poe. On a bit of a creepier aside, back when I was a sophomore in college, I spent five weeks working in the Bronx, just blocks from the Poe Cottage where he wrote “Annabel Lee.”

But enough about Poe, let’s talk about me…er…I mean Bradbury.

I absolutely demand of you and everyone I know that they be widely read in every damn field there is; in every religion and every art form and don’t tell me you haven’t got time! There’s plenty of time. You need all of these cross-references. You never know when your head is going to use this fuel, this food for its purposes.

He’s right. The more I want to write, the more I need to read. It sort of reminds me that I should never go anywhere without a book. There’s always downtime, always time to pick up a book and read a page or two instead of making my next move in Words with Friends.

By the way, unlike most Facebook games, I don’t see Words with Friends as a waste of time. I’m not killing crops in Farmville or crushing candy (which I have never tried). But Words with Friends can be a vocabulary challenge. So. There.

I did challenge myself on Goodreads to read forty books this year. As of this week, I’ve finished 29. Not too bad at all.

One of my favorite Bradbury short stories is The Veldt. I read it first in high school and later performed it as a dramatic reading in a speech class in college.

In The Veldt, the nursery was sort of a predule to the Star Trek holodeck, with the safety protocols turned off.

I found a video of The Ray Bradbury Theater performance of The Veldt. It made me realize a couple of things.

First, as noted above, I need to go back and read more Bradbury. Second, maybe my fascination with lions didn’t begin in Narnia. And third, 80s fashion and acting may be more scary than most horror/fantasy stories.

I loved the intro to the film as well with Bradbury talking about writing and the inspiration he gets from things around his workspace. You won’t get pictures today, but my first thought was “that looks a lot like my office.”

Don’t get me wrong. I’m no Ray Bradbury. Nor have I played him on television or stage. I just like it when I see successful authors who share similar traits. It makes me feel a little less like Abby Normal.

Although we’re approaching the weekend, I’ll never have enough time to read everything I need to read or to write everything I want to write. That doesn’t mean I shouldn’t try.

For now work and deadlines and yard work are calling.

Yard work…if you want to talk about something wicked…