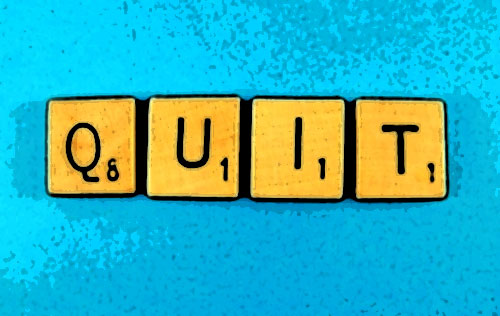 This post is not what you think it is.

The other night I finally gave up on Foursquare.  They were forcing me to go to that abominable Swarm when I didn’t want to.  In frustration when I was at a venue and couldn’t get either battery-draining app to load I deleted them both.

I thought I would regret it.  And then I asked myself why I was using them anyway?  Am I really vain enough to think that people want to know where I am all the time?

Do not, I repeat, do not answer that.

Foursquare was fun for a while.  At a certain venue, I was in a three-way race for the mayorship that kept changing hands.  Then another person came along who was at the venue more than all three of us and our game was basically over.  That’s okay.  That’s how it works.

I continued to use Foursquare and avoided Swarm as long as possible.  Then it was forced on me and I hated it.  Maybe I didn’t give it enough of a chance. I doubt that.

But while there is a certain amount of fun to different social media apps, my main reason for using them (and here’s where the vanity part comes in) is to develop a following of sorts so that when the book(s) is (are) actually published people will say, “hey he’s that brilliantly funny guy, let’s buy his book.”

That’s right, call me Facebook.  It’s all about manipulating your data to sell you something.

But as this quest to be a self-sustaining writer continues, I need to cut out the clutter.

I’ve also stopped playing Publisher’s Clearing House games.  Don’t laugh. I actually have won money from them. No, you may not borrow seven million dollars.  I’d been spending 15-30 minutes a day playing their games while I was multi-tasking with something else.  In the end, it was just one more distraction and time that I could use researching, writing or editing.

I’m also avoiding the second (and following) season(s) of Dexter on Netflix.  The first season fascinated me with the premise (no spoilers).  But I’m not sure I want to watch another seven seasons of that.  And I definitely don’t want to binge watch them during the summer.

It’s easy to complain that we have too much to do, or that we don’t have any free time.  But can we honestly say we don’t waste any time? None at all?

I can’t say that.  I doubt that you can either.

That’s all for now.  It’s my turn in Words with Friends.