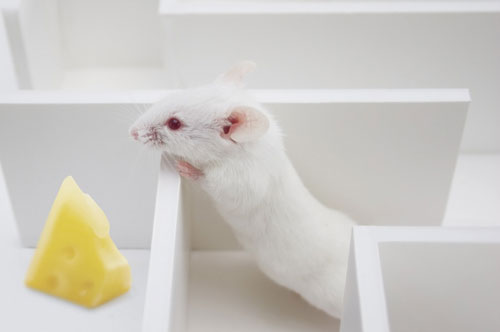 Apparently we all forgot to check the “do not fold, spindle or manipulate” button when we signed up.

News out in the last few days tells us how for a week back in January 2012, Facebook manipulated the feeds of some 700,000 users. They apparently analyzed some 3 million posts, tagged words as negative or positive, and then adjusted the posts seen by users in the control group.

The Facebook public, at least those who knew about it, were outraged.

But here’s the thing…did you read the privacy agreement?

Yes, it’s a bit sneaky, and more than a little creepy.

But for any of us to presume that Facebook isn’t taking our information for marketing or other research purposes is just naive. And it’s not just Facebook. Ever notice how Google can make suggestions as you type and they’re almost always what you’re looking for?

But you did give Facebook permission to collect the information.

That’s why none of us should be surprised when we read a story that tells us “5 Things Facebook Knows About You.” [Wall Street Journal]

Be as creeped out as you want. But, you either entered the information, or gave permission for Facebook and company to track the info.

And if you think that someday, somehow your government isn’t going to collect (if they aren’t already) and use that information, you just need to get off the Interwebz.

George Orwell was merely 30 years too soon. (Look it up, I can’t do all of your research).

Adam Kramer, one of the researchers in this project, sort of apologized on his own Facebook page. He wrote:

The reason we did this research is because we care about the emotional impact of Facebook and the people that use our product. We felt that it was important to investigate the common worry that seeing friends post positive content leads to people feeling negative or left out. At the same time, we were concerned that exposure to friends’ negativity might lead people to avoid visiting Facebook.

Yeah, I’m not really buying the caring about my feeling things either. It’s a business thing. The bottom line with researchers in projects like this, or at least the company sponsoring the research is get more users so they can sell more ads.

Look, I get as frustrated with Facebook as anyone. But really if we don’t think we’re all being manipulated, and have been since the day we signed on, we’re just being naive.

I have some 994 Facebook “friends.” I’ve actually narrowed that down to people I either know directly, do business with, or know through a direct contact.

On any given day, I see the activity of a couple of dozen people. I can’t quite believe the rest of you are that boring.

Reality is that the Facebook algorithms manipulate the posts that show up in my feed. If people are always “liking” what I post, I tend to see their updates more often. I’ve tried to adjust that myself by either changing “friends” to “acquaintances” or unfollowing specific people.

It’s not that I’m not interested in what you had for lunch. It’s more that I’d like to hear from other people.

Sometimes I go searching for them and think “wow, wish I’d seen that.”

I know Facebook would probably blow up if I saw everything all 900 plus friends posted. I get that. I just wish I had a little more say in determining what I do and don’t see.

I’m also well aware that a sizeable number of people have hidden my posts during election season(s). It’s safe to come back. No, really.

Here’s the bottom line. I enjoy Facebook, for both the connection with friends (when I see them) and for promoting my business and writing. For that it’s a good thing.

And for what I pay for it, it’s a great value.

I get out of it what I put into it. And, because I signed the privacy agreement, so does Facebook.

Many years ago, I heard a celebrity on a game show (my mind tells me it was Richard Dawson on The Match Game) say some thing that I thought was funny, even though I was too young to understand at the time.

He said, “If you’re private with your parts, you’ll never have to part with your privates.”

That’s pretty good advice (in a lot of areas).

Simply put, if you don’t want Facebook having or sharing that information…keep it zipped.