Soon to be Hurricane Arthur is a Communist Plot 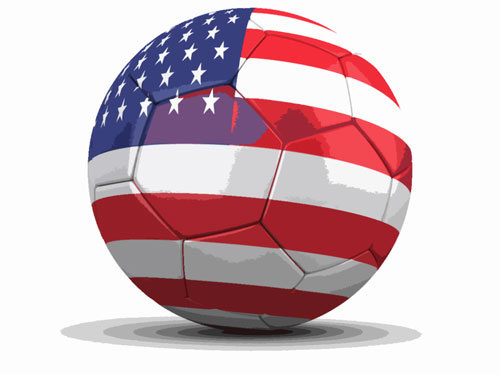 I haven’t really been following the World Cup. I’ve watched the news and noted when the U.S. won, or at least advanced.

Winning by losing. There’s a sermon in that somewhere.

I didn’t grow up watching soccer. It wasn’t a thing when I was a kid. When I went to Asbury University (then college), soccer was big. Asbury’s team had the advantage of being comprised of kids who had grown up on the mission field, where soccer, not American football, was a big thing. This was before all of the youth-soccer-everybody-gets-a-trophy leagues popped up all over the country.

When our oldest came along, he played soccer for several seasons. We hosted British soccer players for soccer camp. We thought it was his thing. That is until his Mom finally said it was okay to try football. He’s still a big sports fan.

The younger son spent a season of not really playing soccer. Not really his sport.

The World Cup has been great for American spirit. Well, except all the arguing over what Ann Coulter said.

I’m not quoting her. I’m not linking to her.

But I do get amused at those who post a link to her article and express their outrage over what she said.

Because that’s exactly why she said it. And she thanks you for the hits on her column. She’ll be showing that to the editors to say “look how popular I am.”

It’s a formula of sorts. Certainly in the political world. But look how easy it is to say something outrageous and have the Internet explode.

I was amused also yesterday as I saw post after post of people saying they would never shop at Hobby Lobby again. [I wrote about the decision at Richmond Pro-Life Examiner]

Did you before? And, if you did, were you not aware that the court case had been going on for 23 months. Why did the Supreme Court decision either change your mind about Hobby Lobby or make you suddenly care yesterday?

I’ll just run out for a Chick-fil-a sammich whilst you think that over.

But think quickly, because by the end of the week there will be something else to get all worked up about.

The way I see it, we can’t get so worked up about Facebook manipulating our feelings, or at least what we read, when we’re so easily manipulated.

For some of us the only exercise we get is overreacting.

We see something online, our blood pressure rises, we share it and add our commentary.

And that’s how we all get angry with one another when, in many cases, if we just stopped and said “Wait…what?” we’d have a different, or at least calmer reaction.

P.S. Thanks to my wife for the title of this post. She said the other day “I can’t believe no one has used that yet.” I Googled to make sure. The Huffington Post actually did. But I used the correct title.