365 Things I Believe: Prince of Peace

Is the Hobbit a Christian Story? 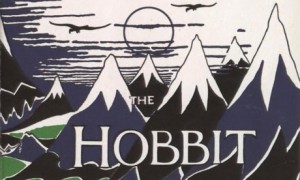 But, how could it be? After all there are elves and dwarves and dragons…and (shudder) magic?!

But J.R.R. Tolkien was a Christian, and while he would have told you that his faith influenced his work, he did not set out to write an exclusively Christian allegory.

While a student at Asbury University (then Asbury College), I wrote my freshman research paper on “Christlike Symbolism in ‘The Lord of the Rings.'”  This was the 70s and well before the movies (at least the good ones).  It was also before thousands of articles had been written discussing the same subject. It wasn’t a bad paper for an 18-year-old freshman.  I’m sure it’s in a box around here somewhere.

But now, current Asbury professor Devin Brown has written extensively about both Tolkien and C.S. Lewis.  In an article posted at TheOneRing.net, Brown writes:

Does someone need to share Tolkien’s Christian beliefs to fully enjoy The Hobbit? Not at all. In fact, one of the defining qualities of his stories is their ability to inspire people all over the world, young and old, from many different backgrounds. It could be argued that one of the reasons Tolkien’s works have been so widely popular, both in the previous century and the current one, is because they have been so deeply needed.

How true it is that we need these stories.  It was in the early months after the 9/11 attacks that The Fellowship of the Ring premiered in theaters.  We needed the story.  We needed a hero.  We needed to be told that indeed, good will triumph over evil.

After all, isn’t that the ultimate Christian story?

Then I saw “a new heaven and a new earth,” for the first heaven and the first earth had passed away, and there was no longer any sea. I saw the Holy City, the new Jerusalem, coming down out of heaven from God, prepared as a bride beautifully dressed for her husband. And I heard a loud voice from the throne saying, “Look! God’s dwelling place is now among the people, and he will dwell with them. They will be his people, and God himself will be with them and be their God. ‘He will wipe every tear from their eyes. There will be no more death’ or mourning or crying or pain, for the old order of things has passed away.”