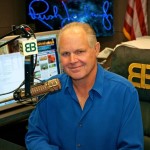 It was never really about what Rush said.

We get it. Rush Limbaugh was obnoxious and rude when he spoke about Sandra Fluke and her comments to a group of Democratic legislators in Washington, DC. It was not, by the way, a Congressional hearing. Nor is Ms. Fluke a 23-year-old college coed as we were led to believe.

But, all that aside, Limbaugh stepped way over the line by calling her names. It distracted from the real issue.

That real issue, of course, is the overreading of the Obama HHS mandate. That along with the absurdity of liberal women and the men they love demanding that the government stay out of their wombs and bedrooms while simultaneously demanding the same government pay for their contraceptives and abortions.

The real truth about Sandra Fluke is that The idea that she is an unwitting victim of a religious school is patently absurd. Yet that is the narrative Democrats are presenting to the American public. It would seem that Fluke intentionally attended Georgetown for the sole purpose of agitating for her cause – contraception. [Joe Newby, Examiner.com]

Over at The Daily Beast, Kirsten Powers writes, But the grand pooh-bah of media misogyny is without a doubt Bill Maher—who also happens to be a favorite of liberals—who has given $1 million to President Obama’s super PAC. Maher has called Palin a “dumb twat” and dropped the C-word in describing the former Alaska governor. He called Palin and Congresswoman Bachmann “boobs” and “two bimbos.” He said of the former vice-presidential candidate, “She is not a mean girl. She is a crazy girl with mean ideas.” He recently made a joke about Rick Santorum’s wife using a vibrator. Imagine now the same joke during the 2008 primary with Michelle Obama’s name in it, and tell me that he would still have a job. Maher said of a woman who was harassed while breast-feeding at an Applebee’s, “Don’t show me your tits!” as though a woman feeding her child is trying to flash Maher. (Here’s a way to solve his problem: don’t stare at a strangers’ breasts). Then, his coup de grâce: “And by the way, there is a place where breasts and food do go together. It’s called Hooters!” And she asks After all, if Limbaugh’s outburst is part of the “war on women,” then what is the routine misogyny of liberal media men?

By the way, Maher is just the worst of her examples.

At the American Spectator, George Neumayr says, Let’s cut the PC crap: college and law school students who demand that priests and nuns finance their fornication deserve searing satirical treatment. This is the sorriest collection of arrogant snots in the history of academia. Perhaps the sequel to “Failure to Launch” — that Hollywood vehicle about an in-residence thirtysomething who beds women in his parents’ house — will be a pornographic film in which the aging protagonist uses the Obamacare HHS mandate to purchase an endless supply of Viagra.
.

And, Jeffrey Lord thinks the right should Rally for Rush.

DO YOU GET the picture? The American Left — whether it pops up in the form of Media Matters, Color of Change, MoveOn.org, Texans for Truth or other groups — is determined to shut off conservative dissent from their agenda by whatever means necessary. Fueled in part by money like that they received from David Friend of Carbonite. To do this they are quite specifically going after conservative talk radio hosts and television commentators one by one by one. The fact that David Friend of MoveOn.org/Carbonite is there to stick it to Rush is all the better. The fact that Ed Schulz called Laura Ingraham a slut is one big no-big-deal to Sandra Fluke herself when she wants air time on with Mr. Ed. Why should David Friend care if Ms. Fluke doesn’t? So, Carbonite continues as Mr. Ed’s sponsor, sluts be damned.

But perhaps the best person of all to put this to rest, is Rush himself. Not that the left will ever rest in their attacks. But if you seriously want to talk about the real issues here, you need to listen to what Rush said today.

I’m not defending Rush. He doesn’t need me to. But the manner in which he has been crucified by the left and the media, as well as a darn good amount of the center right, is simply hypocrisy.

It’s also strategy. And don’t think this reaction isn’t everything the left wanted to distract you from the real issues.

No, it was never really about what Rush said. It’s all about the CON.