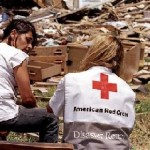 March is Red Cross Month, a time to remind everyone of the work of the American Red Cross in communities across the country and around the globe – and how we depend on public support to help people in need.

In the wake of the devastating tornados that swept through and Midwest, its poignant that today starts Red Cross month. The Red Cross is on the ground in tornado damaged areas today and they respond to all manner of emergencies across the US and the world throughout the year. Consider finding your local Red Cross and volunteering.

WHEREAS, American Red Cross was founded in 1881 by visionary leader Clara Barton, and for the past 130 years the organization has been a worldwide leader in preventing and alleviating human suffering; and

WHEREAS, with more than half a million volunteers and about 35,000 employees, the American Red Cross helps mobilize communities in times of disaster, and through nearly 700 locally supported chapters, the American Red Cross is able to help approximately 15 million people gain the skills they need to prepare for and respond to emergencies in their homes, communities, and the world; and

WHEREAS, the resources and volunteers of the Red Cross were called upon again and again as a relentless series of disasters claimed lives and destroyed communities from Japan to our Commonwealth in 2011, and it is important to recognize the efforts to provide relief this past year to Virginians in the wake of such events as an earthquake, dozens of tornadoes, a hurricane and a tropical storm; and

WHEREAS, American Red Cross supplies almost half of the nation’s blood, teaches lifesaving skills, provides international humanitarian aid, and supports military members and their families, and it is important to recognize that millions of Americans donate their time, money and blood to help their neighbors down the street, across the country and around the world through the American Red Cross;

NOW, THEREFORE, I, Robert F. McDonnell, do hereby recognize March 2012 as AMERICAN RED CROSS MONTH in ourCOMMONWEALTH OF VIRGINIA, and I call this observance to the attention of our citizens.