I Knew Alarm Clocks Were Evil…

Let’s Give it Up (Get it Up?) for Fairfax Senator Janet Howell 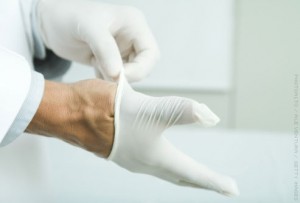 It’s hard, so to speak, not to be juvenile when talking about certain members of the Virginia General Assembly.

Making its way thorugh the General Assembly is a bill that would require an ultrasound be performed before a woman has an abortion.

Knowing she couldn’t defeat the bill on its merit, Howell tried to derail it by inserting (pardon the pun) an amendment that would also require men seeking treatment for erectile dysfunction to undergo a rectal exam and a heart stress test.

Howell said this was in the name of “gender equity.”

Perhaps Howell missed sex-ed class the day they passed out the condoms, but how the heck does this relate? Most men seeking ED treatment are not of an age where the fathering of a child is actually an issue, so to speak.

Perhaps Howell thought her amendment was a funny way of neutering, so to speak, the bill.

I don’t know what color the sky is in her planet, but here in the Commonwealth I don’t really see anything funny about 50 million dead babies since the 1973 Roe v. Wade decision.

Thankfully, Howell’s amendment was voted down. The legislation may or may not come to full term, so to speak.

But our legislative process deserves better than what Janet “Because I Said So” Howell brings to the table.

All we can say is Dammit Janet!