If Sarah Palin is Such a Non Entity, Why Do they Insist on Going Through Her Lingerie Drawer? 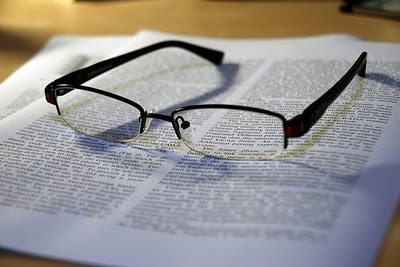 You should know this stuff.

Obama defaults to economic blame game
The Daily Caller
A cascade of bad economic and political news knocked President Barack Obama off his game today, and prompted him to revive his 2008-style criticism of his predecessor, and also to suggest that investors, consumers and even the media are responsible for today’s stalled economy.
Read more.

Rudy’s Running
Bill Kristol, The Weekly Standard
I’m told by two reliable sources that Rudy Giuliani intends to run for the GOP nomination for president in 2012. He may throw his hat in the ring soon.
Read more.

New Whispers of Perry 2012 Bid
The Wall Street Journal
…over the past two weeks, political advisers and friends say, Mr. Perry has changed his tune on a possible presidential campaign. In private conversations, they say, the three-term governor said he worries that the current GOP contenders have yet to stir real excitement within the party and may struggle when facing President Barack Obama.
Read more.

Tim Pawlenty Proposes More Bold Solutions: IF You Can Google It, Cut It
Tony Lee, Human Events
According to Pawlenty, “the same competitive efficiency that revolutionized America’s private sector over the last three decades should at long last be applied to every corner of the federal bureaucracy as well.”
Read more.

Tim Pawlenty: I Would Sign Ban on Planned Parenthood Funding
LifeNews.com
In a radio interview today, Governor Tim Pawlenty weighed in on one of the top priorities for the pro-life community by saying he would, if elected president, sign a ban on taxpayer funding of Planned Parenthood.
Read more.

Obama: Hope, Change, and the Occasional Sex Dream
Ann Coulter, Townhall.com
Nearly seven decades after FDR was president and five decades after JFK was, we still have to listen to liberals drone on about their stupendousness. It’s as if Republicans demanded constant praise for Calvin Coolidge.
Read more.

President Obama Wanted to Wait Until DNA Results Came Back on OBL Before Telling World of His Death
Jake Tapper, ABCNews.com
…and other details from his decision to send SEALs into Pakistan to kill the al Qaeda leader, from a chapter in ABC News’ new eBook “TARGET: Bin Laden – The Death and Life of Public Enemy Number One.”
Read more.

Where Have all the Wretches Gone?
Timothy Tennent, Asbury Theological Seminary
If you have followed the adaptation of older hymns into current usage you will be aware of the quiet removal of the word “wretch.”
Read more.

Four Good Reasons NOT to be a ‘LinkedIn Smartypants’
SocialMediaToday