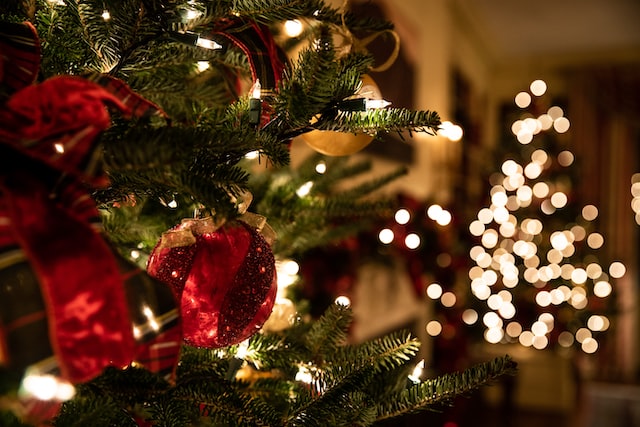 Photo by Tessa Rampersad on Unsplash

It’s the first Friday of December and you have three weeks to get your Christmas shopping done.

May I suggest, for the young readers in your life, two charming (if I do say so myself) books for early readers.

Here are your Five for Friday.

Too fast away the old year passes…

The end of 2022 is nigh…and we’ll get to that year end review stuff before the month is over. I’ve already chosen my three words for 2023…but let’s not get ahead of ourselves.

It’s a recurring theme. I’m too busy this holiday season. To my credit, the decorations are up, but I’ve done little to no shopping. My time is consumed by the evenings at the amusement park and other Santa gigs. I’ve turned them down left and right, but I’m still overbooked.

What I want to do is focus on the real reason for the season. So, beginning last night, I decided to read one chapter in the gospel of Luke each day. That’s 24 chapters, and by Christmas Eve, I’ll have read through the life of Christ and will have been reminded of the reason we celebrate this season.

I’ll continue my regular readings. But speaking of that, Dennis Kinlaw, a briliant Bible scholar, speaker, leader and President of Asbury University (College) when I attended wrote in his devotional This Day with the Master…

These days the primary thing in your life and mine should be our relationship to Immanuel – the one who came to dwell with us.

It’s not getting the coverage, or the attention from our leaders that it deserves, but over the past few days protests have erupted in China over the pandemic restrictions.

It started when pandemic controls imposed by Chinese authorities delayed response to an apartment fire where at least ten people died. Outrage spilled into the streets.

Predictably, Chinese authorities have cracked down on the protests, and our own “leadership” has been strangely (or not) “cautious.”

Read more at CNN: What’s happening in China after zero-Covid protests? Here’s what you need to know

Celebrities putting it all on the line…

Celebrities Cut Ties With Balenciaga After MyPillow Spotted In Photo Shoot
The Babylon Bee
Balenciaga is facing a wave of online criticism after a MyPillow pillow was spotted in the background of one of the company’s photo shoots for its winter collection. The CEO of MyPillow Mike Lindell is known for his strong support of Donald Trump.  Read more.

The Babylon Bee is satire at its best. It’s also mostly true.

Arizona, take off your rainbow shades

EXCLUSIVE: Katie Hobbs’ Office Threatened County Board With Arrest, Indictment If They Didn’t Certify Results
Daily Caller
Democratic Arizona Secretary of State and Gov.-elect Katie Hobbs’ top deputy threatened the Mohave County Board of Supervisors with prosecution if it didn’t certify her election results before a Monday deadline, according to emails and documents reviewed by the Daily Caller News Foundation.  Read more.

Look, I don’t know what reall happened in Arizona other than to say it’s a total mess and it looks like a lot of hinky stuff going on. But how can you not have a problem with the person charged with certifying the election telling people they’ll go to jail if they don’t crown her queen?

About the real St. Nick

Sean Dietrich is easily one of my most favorite writers. During the pandemic and the days when I was focused on virtual Santa visits, Sean interviewed me for Santa in November. This week he writes about the real St. Nicholas and his conversation with a Catholic Priest. It’s well worth your time.

You have 23 shopping days.