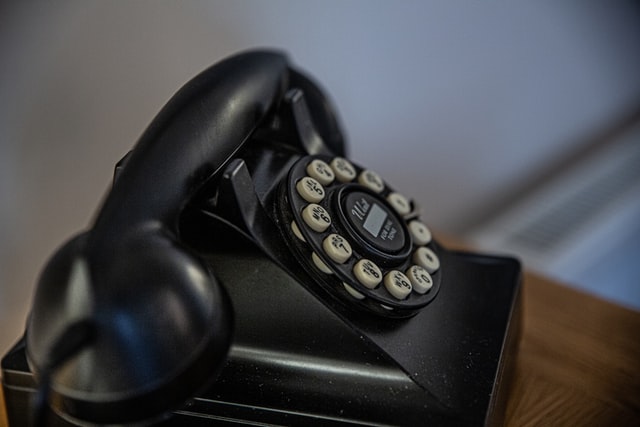 On this day in 1983, American Mobile Communications, LLC provided the first public mobile phone service to the general public in Chicago.

It was some time later when I experienced my first mobile phone. I planned a meeting in Monterey, California in 1989. One of my bosses insisted that key people have mobile phones.

It was roughly the size of a third world country and I wore it over my shoulder.

More than thirty years later I panic if I’m away from home and can’t find my phone.

Truth is I rarely make actual phone calls. I use my phone for texting, for email, for keeping up with Facebook and Instagram.

And sure, for game playing. Although I’m getting bored with my current round of games.

Sorry if I haven’t responded on Words with Friends. Just not playing anymore.

It’s hard to imagine what life was like before our cell phones. I mean, pay phones and long distance charges?

I do have a good friend who absolutely refuses to get what he calls a “Personal Stress Device.” He manages his business without one. I don’t think I could do it.

I have to admit that sometimes I wonder if life wouldn’t be better. I mean, I have my phone surgically attached and I only stressed little bit last week when Facebook and Instagram went down.

The good thing about the Internet and social media is that we can find the information we need, granted we sometimes have to weed out what is and isn’t true. I’m actually able to do that without the help of the “fact checkers.”

But it’s also good for keeping in touch. I have regular conversations now with people I’ve not seen in person in forty or fifty years. That’s pretty amazing. And they’re all around the world.

Of course, there was something to be said for letter writing.

As beautiful as that might have been, there’s no going back.

Technology is both a gift, and a curse.

But at least I don’t have to worry about the shoulder bag matching my shoes.

Photo by Sam Loyd on Unsplash