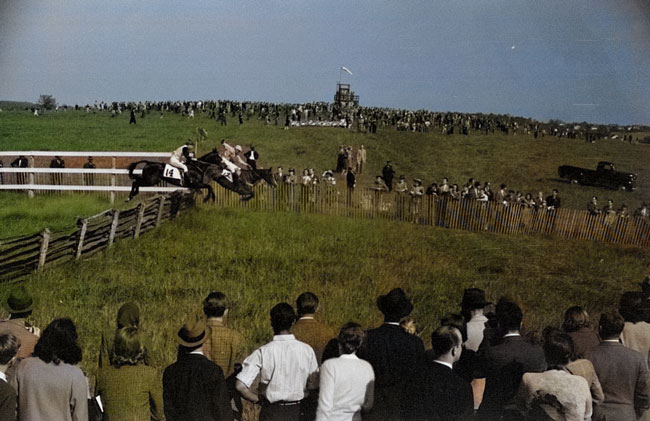 The Virginia Gold Cup
Held annually in Fauquier County since 1922.

Teach us to number our days,
that we may gain a heart of wisdom.

Ten thousand, eighty minutes doesn’t quite have that same ring to it.

It’s been exactly a week since I had the procedure.

I’ve had two solid days in the comfy chair.

Dinner, provided by dear friends, turned out to be a hilarious snafu by Door Dash and a promise to meet in person for dinner soon.

For the record, whether the fault of the restaurant, or Door Dash, we have not had a flawless Door Dash delivery for the entirety of our forty-seven years of house arrest.

Your mileage, and delivery fees, may vary. I hope they do.

Most meals have had my wife calling customer service at Door Dash. Last week they were overwhelmed and couldn’t respond.

Then of course there was the one meal where she called and was asked if she could hold.

“I’m in the Philippines and we’re experiencing an earthquake, could you hold?”

“Ummmm…(sheepishly) we didn’t get our rolls.”

Perspective of course. But come on, if you’ve ordered from O’Charley’s you don’t want them to forget your rolls.

Over the weekend I returned to the amusement park to work. Perhaps too soon. But my enthusiasm for the first open day in over a year and a half may have clouded my judgment. I made it through, but I didn’t do much more either day.

Monday and Tuesday found me scrambling to catch up with messages and projects that piled up over my three days out of the office.

And, doesn’t “Out of the Office” sound a little silly? I’ve been out of the office for forty-seven years…or roughly fifteen very long days.

That brings me to the randomness of this post.

I went to bed last night with the first couple of lines written, thinking that, based on the prior evening, I’d be 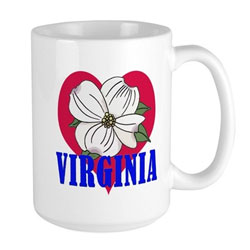 But, I managed to sleep. True, I was up frequently, but that comes with the territory.

A little before five I moved to the comfy chair in my office and slept soundly for almost two hours.

So, the brilliance you expect here on a regular basis is a little fuzzy this morning.

I’m okay with that. I hope you are.

Because, I like I’ve been talking recently, it’s all about priorities and taking care of the main things.

Truth is, I’m the only one requiring me to write this blog. If I’d managed to pay some or all of the marketing gurus between $3000 to $5000 each, I might have a larger audience.

So, thank you to those who show up on a regular basis to read my often incoherent ramblings.

It will get better. We will get through this.

News comes this morning of the passing of former U.S. Senator John Warner.

Over the years on the campaign trail I had several occasions to meet Senator Warner. I may have disagreed with some of his later in life political decisions and endorsements, but he was always a gentleman.

For the rest of you, have a great Wednesday. 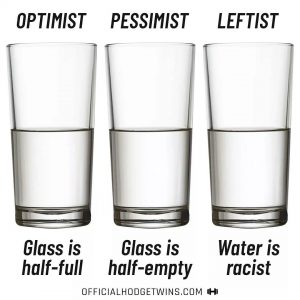 God Save the Clarence Thomas Court
The Wall Street Journal
He’s not chief justice, but never before has he had the power and influence he has now. Read More.

Black Guns Matter Founder Maj Toure: Black Lives Matter “Designed Specifically To Fleece The Black Community”
Real Clear Politics
MAJ TOURE: The support is dropping [for Black Lives Matter] because the people are following the money. A bunch of the money, Darren Seals told us before he was murdered, Black Lives Matter Incorporated is a sham organization designed specifically to fleece the Black community has nothing to do with improving the conditions of Black America … Read More.

Trump slams liberal US media over Wuhan lab leak flip-flop: Ex-President says theory that COVID escaped from Chinese experiments ‘was obvious from beginning’ and gloats ‘I was right very early on’
Daily Mail
‘Now everybody is agreeing that I was right when I very early on called Wuhan as the source of COVID-19, sometimes referred to as the China Virus,’ Trump said in a statement on Tuesday. Read More.

‘It tells me that I’m not good enough’: Female HS track star recalls ‘devastating’ impact of losing to transgender athletes
Blaze Media
A former female high school track star recently slammed the progressive push to allow transgender athletes to compete in women’s sports, noting that her personal experience of competing against biological males had a “devastating” effect on both her confidence and collegiate opportunities. Read More.

The Dan Bongino Show
Last month, Americans were more positive than negative on both measures, while their readings are net-negative on both this month. Twenty-seven percent of Americans now rate current economic conditions as excellent or good, while 30% rate them as poor. Meanwhile, 43% say the economy is getting better, and 53% say it is getting worse. Read More.

Cheers break out in Senate after Paul amendment passes banning gain-of-function research in China
The Blaze
“We may never know whether the pandemic arose from the lab in Wuhan, but we do know that so far no intermediate animal host has been discovered,” Paul said in his speech ahead of the vote. Read More.