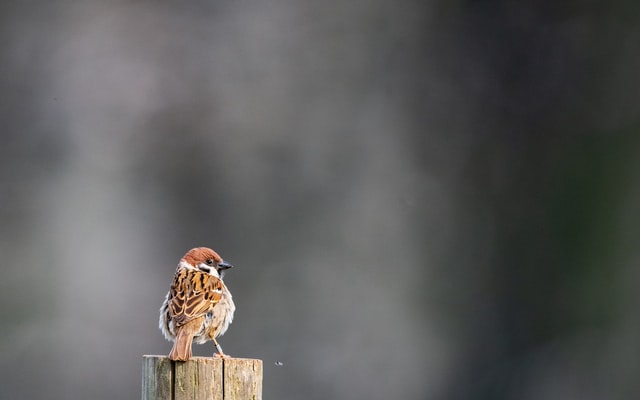 Are not two sparrows sold for a penny? Yet not one of them will fall to the ground outside your Father’s care. And even the very hairs of your head are all numbered. So don’t be afraid; you are worth more than many sparrows.

And just like that COVID-19 was over. Except where it wasn’t.

No, the pandemic hasn’t ended, but Friday’s announcement by the CDC and subsequent action by states around the country were a huge step toward normal.

Not to mention a good deal of confusion.

For the skeptical amongst us, it might make one wonder if the masks weren’t just virtue signaling and what worked was washing our hands and keeping our distance.

I’m no scientist, and I’m pretty sure I’ve never played one on stage.

Let’s not kid ourselves. As serious as COVID was and is, our overlords played us for fools and destroyed our economy in the process.

I’m fully vaccinated. Where allowed, I will take off the mask. Where required, I will continue to wear a mask.

It’s Monday, and things are opening up again.

I spent the weekend at the amusement park. Saturday for final prep work and Sunday for Passholders Preview day.

The latest mask news created some confusion. But most people were willing to follow the guidelines of wearing masks indoors.

Overall, people were just happy to be back after almost two years of waiting for a normal season to return.

For me, the park opening means a calendar shift of sorts.

The amusement park is my weekend job that will, one day, morph into my retirement job (or one of them). COVID and cancer have pushed back the date of the retirement from the day job, but the plan is still in the works.

That plan, at least for now, means that I’m working seven days a week. Teleworking makes that a little easier. Cancer treatments will make that a little more difficult.

But, we’re moving forward. One day at a time. One challenge at a time.

Like I’ve said before, some things may not get done on their original timeline, if at all.

I’m looking at you Backyard.

What I can’t, or at least won’t, promise right now is that I’ll be here every day this week.

In fact, I rarely do things like this. I’m sitting here writing this on Monday morning and I’ve just made a decision.

I need to focus on my health. So, this will be my last post for the week.

I know that back in March I made the pledge to post every day. I know that I’ve also talked recently about how I admire the writers who can do so.

But that admiration was in a post that expressed the need to prioritize.

I’ll be back next Monday with a glowing report of how the week went. I promise there will be no pictures.

I’m thinking this morning of an old gospel song. I think I heard it on Pandora as I drifted off to sleep last night. It’s posted below.

I may listen to it more than once this week.

And it also reminds me that I need to fill the bird feeders.

See you next Monday.

Photo by derek braithwaite on Unsplash

After Wrecking The Economy, Northam Finally Lifts (Most) COVID Restrictions
Shaun Kenney at The Republican Standard
Remember when The Atlantic called Northam out on faking our COVID data? That happened. Remember when Northam almost cancelled Thanksgiving and Christmas by reducing public gatherings from 250 to 25? That also happened. Read More.

Washington Post unleashes a correction tsunami after debunking claim that Robert Lee IV is related to the Confederate general
Twitchy
Over the past few years, a guy named Robert Lee has been claiming to be a descendant of Confederate General and alleged namesake Robert E. Lee and making the rounds calling for the removal of Confederate statues throughout the country.
But according to the Washington Post’s fact-checker, this was all BS. Read More.

CNN Contributor Calls for a New ‘Hitler’ to Kill All the Jews in Israel
NewsBusters
It happened again. On Sunday, now-former CNN freelance contributor out of Pakistan Adeel Raja tweeted out that “the world today needs a Hitler,” in response to the conflict between Israel and Hamas. Read More.