By day the Lord directs his love,
at night his song is with me—
a prayer to the God of my life.

Well, you could say that it glows, but it’s not quite true.

I am, however, slightly radio active for the next few months. I even have the ID card to prove it.

There was one point when, after a longer than expected wait time, my wife called to check on me and was told, “He’s not waking up.”

“I mean he’s waking up slowly.”

What I know for sure is that I had amazing care. I don’t know how medical professionals can be quite so pleasant at 5:30 in the morning, but they were. And there seemed to be a half dozen or so people prepping me in the OR…not that I remember much of it.

And, although we’ve not attended church there for years, a dear pastor/friend showed up at 5:30 in the morning to pray with us.

So, my cancer journey continues. I go back in a couple of weeks when we’ll set up the external radiation.

By late summer, this should all be behind me.

For that, as much as this is a pain in the behind, literally, I am blessed.

And, I am thankful.

I will by summer’s end be able to say that I am a two-time cancer survivor.

Not a set of trophies I would have chosen, but I’ll take them.

Speaking of having things behind us, we are slowly crawling out of the COVID dungeon.

That was the longest 15 days in history, measuring from March 13 2020 (when I was sent home to telework) 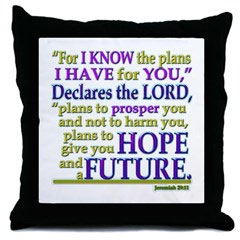 to the relaxing of the mask mandate.

While I’ve always taken this virus seriously, we’re kidding ourselves if we don’t admit that we’ve been jerked around by our overlords. The recent theatrics over the releasing of the mask requirements proves that.

I will still wear a mask where required.

I will still continue to not be happy about it.

Here’s hoping that in a month, a real month, we’ll all be able to toss those masks away.

I won’t live in fear.

I’ll deal with what I have to deal with. Whether it’s COVID or cancer.

But I’m not giving up.

That’s it. That’s the tagline.

I’m not giving up.

Biden may have already bungled the next pandemic: Steve Forbes
Fox Business
By supporting the Trade-Related Aspects of Intellectual Property Rights (TRIPS) waiver, proposed by India and South Africa, the Biden administration just took its most radical step yet, once again caving to far-left radicals who have a stake in undermining U.S. private sector innovation on their road to socialism. Read More.

Report: Kamala Harris Keeps Enemies List of Journalists Who Don’t ‘Appreciate Her Life Experience’
The Washington Free Beacon
Vice President Kamala Harris keeps a list of reporters and other political types who might be racist, according to a profile published in the Atlantic on Monday. Read More.

Lori Lightfoot Flees In Terror After Thomas Sowell Takes Her Up On Offer For Black People To Interview Her
The Babylon Bee
According to sources, Lightfoot had recently said she “would only grant one-on-one interviews to journalists of color.” Moments later Thomas Sowell crashed through a nearby wall in a fashion reminiscent of the Kool-Aid Man. Lightfoot, living up to her name, went into a mad dash and has not been seen since. Read More.