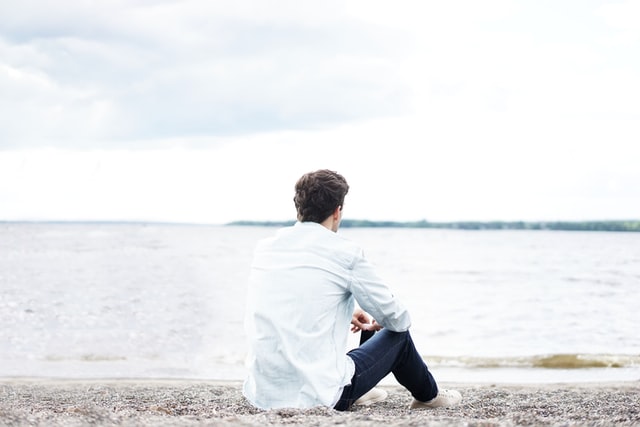 If this is to be our end, then I would have them make such an end, as to be worthy of remembrance.

I could make some joke about how many years we’ve been in quarantine which might or might not be funny. Or, I could actually count the days which would definitely be depressing.

Don’t quote models to me. They’ve pretty much all been flawed.

Don’t neglect the fact that you told us at the beginning that we just needed fourteen days to flatten the curve.

Let us out. At risk populations and those in fear can stay inside. The rest of us need to get this economy back to work.

Before it’s too late.

The American Revolution, two World Wars…disco…we braved it all.

We crossed oceans, and mountains, and flooding rivers.

We faced the wilderness, and starvation, and people who wanted to kill us because they could.

In the American Revolution, families melted down their pewter serving ware to make ammunition.

In the 20th Century we planted victory gardens.

Now we stress over the fact that we’ve watched everything on Netflix and DoorDash forgot our fries.

We’ve forgotten how to fight back. We’ve allowed ourselves to be manipulated by the media and by the people who would be our rulers.

We let this happen. We can’t let it continue.

Consider that just last week the Mayor of New York City said that large religious gatherings of Jews would be rounded up.

What the actual (fill in the blank)?

Here’s the deal. The virus is never going away. It’s just not. It will be around in some form or another, for like ever.

No matter how long we stay inside.

We have to get out.

Call it whatever kind of privilege you like, but one of the ways I manage my arthritis is by spending time in the pool. My gym closed two months ago. I’m writing this on Saturday afternoon after taking a break from yard work because I just couldn’t continue.

Don’t send me your arthritis remedies in the comments. I know what works for me.

And don’t ask about the fact that I have adult children who aren’t helping me in the yard unless I beg. That’s another post and they won’t read that one either.

If you’re scared. If your immune system is compromised. If for any reason you don’t want us to open up, then stay home.

I saw the article some of you were posting from the columnist I usually avoid reading. He said he doesn’t want to die because someone does something stupid. Then stay home.

I don’t think going out is stupid. I think it’s time.

If the early settlers had thought sailing across the ocean in a rowboat made of our popsicle sticks was stupid, we’d all be speaking English today…on the other side of the ocean.

But we can’t stay inside much longer.

Sure, insist that for the first few weeks, capacity is limited.

Insist that masks be worn in certain businesses.

I get that the columnist mentioned above doesn’t want to die because someone does something stupid. Honestly, if that’s your attitude you can never leave your house again, because, virus or not, they’re out there.

But I don’t want to die on the couch surfing Netflix.

True story: Years ago when my mother-in-law was in rehab following hip surgery, my older son and I sat in the waiting area where they daily wheeled the residents who were beyond communicating.

I told my son that he was never to let me get like that, but instead was to take me out back and shoot me.

My wife asked why I asked him instead of her.

Easy, because I know he’ll do it.

And maybe then he’ll notice the yard needs to be mowed.