Be Ye Not So Judgy 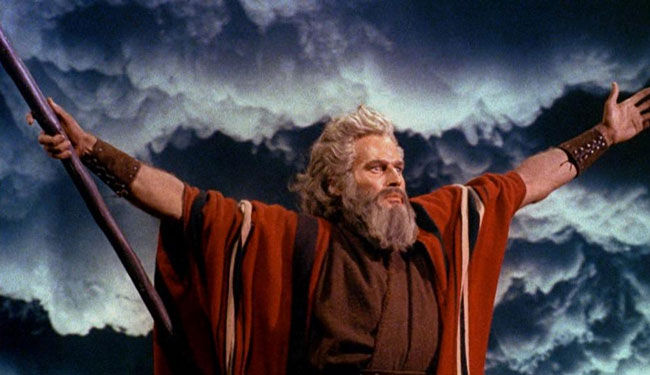 A little over a month ago we were told that we needed “15 days to flatten the curve.”

Yet, even though the models keep changing, and even though many times they have been wrong, we’re hearing “leaders”, and I use that term loosely, telling us it could be months or years before we’re alllowed to open some things back up.

It is time, Frodo.

It is, in fact, beyond time.

Here’s the reality. We can’t wait for the virus to go away. It’s not going to.

We can’t wait for a vaccine.

Why? Because the consequences of keeping us shut down are going to be much, much worse.

For once, I agree with Bill Clinton. It’s the economy, stupid.

Selfish you say. How dare I want to risk lives because I need a haircut or a manicure?

FWIW, unless I get an offer based on one television audition I did last week, I won’t be cutting my hair or shaving before the Christmas season.

Although I could use a pedicure before I bring out the dress flip flops.

Look, the virus is scary. A lot of people are dying.

And, while we’re at it, China is lying about their numbers.

But we’ve come to a point that we have to have a serious conversation about whether more people will die from the virus or from the consequences of the lockdown.

Spare me your preachiness. It is no more selfish for me (and thousands of others) to ask that question than it is for you to say “but people will die.”

The cold, harsh reality is that people are going to die either way.

There is no easy choice.

People and communities who are at high risk should continue to shelter in place. It’s time to let the rest of us out. It’s nearly summer. And after months of studies, no studies are showing huge risks of outbreaks outside.

But consider this from Newsweek.

Tens of thousands of health care workers across the United States are going without pay today, even as providers in the nation’s hot spots struggle to contain the coronavirus pandemic.

In fact, most U.S. hospitals are empty, and we’re hearing about healthcare workers being laid off. We’ve suspended elective surgeries…well, except for abortion, which is a helluva lot of another post.

The point of flattening the curve was so that the hospitals and the healthcare industry would not be overwhelmed by the virus.

NARRATOR: They are not being overwhelmed by the virus.

There’s a strictly health-related downside to the shutdown of the U.S. economy ignored by our leadership that has been argued by epidemiologist Dr. Knut Wittkowski, formerly the head of the Department of Biostatistics, Epidemiology, and Research Design at Rockefeller University in New York City. Wittkowski argues that the lockdown prolongs the development of the “herd immunity,” which is our only weapon in “exterminating” the novel coronavirus — outside of a vaccine that’s going to optimistically take 18 months or more to produce. He says we should focus on shielding the elderly and people with comorbidities while allowing the young and healthy to associate with one another in order to build up immunities.

Layman’s translation: Outside is more better.

And beyond health care, there’s the issue of the food supply.

Sean Dietrich [Sean of the South] talks about the farmers who have having to dump food because they can’t get it to market.

In Ohio dairy farmers are dumping milk. An Idaho farmer buried a million pounds of oninions because they were going to waste.

Farms are shutting down.

In case you missed it in 4-H: Farms equal Food.

Almost daily here in Richmond, we get new reports of restaurants closing. They’re not coming back. And the news isn’t covering them all. One of our favorite Chinese takeout places closed a few weeks back. They didn’t make into the paper. They can’t be the only one.

Dietrich does outline a program from Publix supermarkets. They’re buying up excess food and distributing it to food banks. That kind of innovation is great. But is it sustainable?

It’s not just the waste. If you know me well enough you know I’m not likely to believe much of what comes out of the United Nations, but this report is worth listening to:

An additional 130 million people could be on the brink of starvation by the end of 2020 as a result of the outbreak and its economic ramifications. [NBC News]

So maybe haircuts and manicures aren’t essential. But food is essential to the stylists and nail technicians.

While we’re at it, let’s not forget about the beer.

The Blaze tells us that because of all the sporting events that aren’t happening, beer that has been shipped to stadiums and arenas is going to go stale.

Even if you don’t drink, you have to understand that this is a pretty pricey bar tab.

While I have written health policies, I am not a healthcare professional. I am not an expert, or even a very good armchair quarterback, regarding the spread of the virus.

But, I’ve been around long enough and have done enough public policy to know that we’re being manipulated, by the media and our government leaders.

Children. To. The. Park.

Consider how many freedoms we have willingly surrendered.

Then ask yourself how many times you’ve seen government programs eliminated or even rolled back.

We need a plan to open up. Sooner rather than later.

Those most vulnerable can continue to remain at home.

The harsh reality is that we may be beyond the point of where we lose more people from the consequences from the shutdown than we do from the virus.

We also need to realize that, regardless of when the shutdown is lifted, new cases will spike in the initial days and weeks. That is true whether we open up next week or next month.

We also have to face the reality that we cannot eliminate this virus. We can slow the spread, and we have.

We have a choice now, we can get busy living, or get busy dying.

Points if you get the second (or is it third?) movie reference.

NARRATOR: He needs a big damn poster of Rita Hayworth.