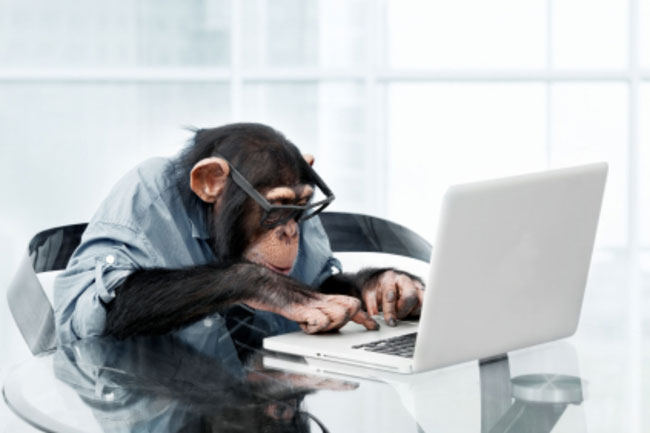 One of Ronald Reagan’s favorite stories was about the little boy digging through the pile of manure saying “there has to be a pony in here somewhere.” [The full story]

I thought about that the other day as I was going through my daily exercise of writing at least a thousand words a day. I’ve been doing that on a fairly consistent basis since the summer of 2015 when I initially titled the project “How I Wrote My Ass Out of Hell.”

The idea, of course, was that I’d start cranking out best sellers and become a full-time writer.

Just in case you’re wondering. That hasn’t happened yet.

Instead, the project has turned into more of a journaling exercise. Some days I do write profound things. Many days I’m just going over the list of things I need to accomplish. Either that or bitching about the things that happened the day prior. Not that there’s anything wrong with that. You can tell from the title that was the initial inspiration anyway.

But, I’ve not published that novel. I’ve not been invited on Oprah.

I did publish my script and have had it produced at least once. And, rumor has it, there’s some interest out there in another production. Don’t ask, you’ll know when it’s appropriate…also when I know.

So, has there been any benefit to this exercise? I think so.

I mean, even on the days when I’m just whining about the writing that I’m not getting done, I’m still sitting at the keyboard for 30 minutes or so creating sentences, sometimes good ones. Just the physical act of hitting the keyboard is progress.

We’re not going to talk about the physical act of hitting the gym. That’s currently on hold due to a minor, almost better, foot issue that prevents me from hitting the pool. More info than you needed, but let’s just say I’ve been here before and all will be well soon.

Back to the writing.

The other thing that I’ve learned through the process is that I don’t want to spend most of my time as a copywriter. I can do that. I may do that some in the near future, again more details when you need to know. That’s not the writing I want to be doing, but it may be the writing that brings an income.

In the meantime, I’ll keep plugging away daily at the keyboard and perhaps that Great American Novel (TM) will be written.

After all, with enough time, a monkey sitting at a typewriter could eventually type the Complete works of Shakespeare…right?

My thousand words a day is likely to produce more evidence of a pony. But I’ll still keep going.

One word in front of another. Sometimes in the right order.

I would be remiss if I did not note that today is the day we honor the legacy of Dr. Martin Luther King, Jr. You can read my prior thoughts on that here.

And, I would also note that it’s Lobby Day in Downtown Richmond. Thousands of 2nd Amendment activists are expected. If you live anywhere near Virginia, you’ve seen the news and you’ve seen the debates. My state office is closed today for the holiday, but our building has also been closed so we couldn’t go in if we wanted to. Whatever your position, let’s just pray that all goes smoothly and peacefully.