There’s got to be a morning after… 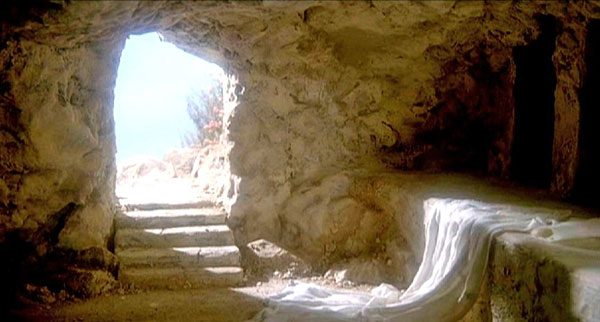 On the first day of the week, very early in the morning, they came to the tomb, bringing the spices they had prepared. They found the stone rolled away from the tomb. They went in but did not find the body of the Lord Jesus.

Had it all happened in just a week? Was the triumphal entry into Jerusalem with the crowds shouting “Hosanna to the King!” just a few short days ago?

Perhaps the disciples thought this is it. This is when he overthrows the government. They still didn’t get it and the week would end as one of the worst of their lives.

But the story was not over. It was just beginning.

All around the world yesterday Christians celebrated Easter and the Resurrection.

Whatever your belief, or non-belief, you cannot deny that this is a story that changed the world, that changed history.

After the resurrection, the disciples got it and they gave their lives for the cause of Christ. Most of them dying for the sake of the Gospel.

I wonder how many of us really get it these days.

Over the centuries the message of the cross has been preached and proclaimed and many have followed.

But the message has also been distorted and abused. A lot of hate and evil has transpired under the banner of the cross.

While I have long said that I don’t really believe Christians in this country are being persecuted, there is most definitely a growing hostility towards Christians, especially conservative, evangelical Christians.

In full disclosure, that’s my heritage, and if I had to hang a spiritual hat, it would be there.

But I must admit that sometimes I cringe just a bit, okay maybe a lot, when I hear and read things that my brothers and sisters proclaim.

And, as much as I love them, and sort of see where they’re coming from in a political perspective, I really have a problem with the whole nudge, nudge, wink, wink attitude about…let’s just say certain leaders.

Oh great, he takes two weeks off from writing and comes back and writes about religion AND politics.

I’ve got a lot of problems with my former party. That’s material for a whole different thread.

And, in full disclosure, I have to admit that while I don’t question my faith, sometimes I question my religion. We’ll just let that sit right there for now.

All I really want to say about politics is that the right being wrong doesn’t make the left right.

So, when it comes to Christianity and politics there’s been a lot of finger pointing at evangelicals asking “how could you support him?”

But the counter to that is not, as some would assert embracing a leftist more socialistic view of Christianity.

A lot of my friends posted an article recently about “Reclaiming Jesus.” You can look it up if you want to read it.

A lot what was said was on point. A lot of it, you could even say, was convicting.

But then I got to the signatures and realized it was mostly written by the “Jesus wants the government to buy you a pony” crowd.

Many of those are people who think the government should just redistribute all the wealth so that everyone has food, clothing, shelter, and affordable health care.

More to the point, don’t try to preach at me or try to shame me into saying that it’s the “Christian” thing to do.

Let’s just be clear. Christianity is all about taking care of the widows and the orphans, the poor, the disenfranchised.

The only claiming of Jesus we should do is to claim him as our Savior and proclaim him Lord and King. We’ve no business trying to fit him into our political agenda.

But Jesus (or any of his New Testament followers) never, ever, ever, never advocated that the government was the vehicle for doing that.

I know whereof I speak.

The message of the cross was radical and revolutionary. It was never based on trusting the government.

It was, and is, about how each of us should live.

So, left or right, stop trying to claim the message of Jesus for your political agenda.

Speaking of which, while I’m back, I’ll be posting on a more random basis for a while. There are things in progress about which I’ll speak at appropriate times. For now, look for the next post on Wednesday.

On this Monday (and actually all of them), the tomb is empty.

What you choose to do with that new is up to you.

Jesus talked about that.