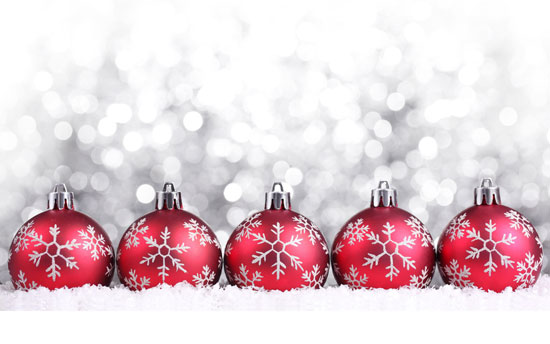 The giver of every good and perfect gift has called upon us to mimic Gods giving, by grace, through faith, and this is not of ourselves.
-St. Nicholas of Myra

See what you started? 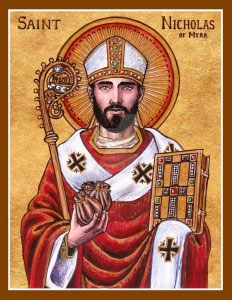 third century in the village of Patara, then part of Greece and what today is the southern coast of Turkey. His wealthy parents died when he was young and Nicholas took the words of Jesus to heart and sold what he owned to give to the poor. He was known for assisting the sick and the needy. He became Bishop of Myra and was known for his generosity, his love for children and his concern for sailors and ships.

Bishop Nicholas suffered for his faith under the Roman Emperor Diocletian and was exiled and imprisoned. The anniversary of his death became a day of celebration, St. Nicholas Day.

For many cultures St. Nicholas Day is the primary gift giving day.

The tradition of St. Nicholas came to New York in the late 1700s when Dutch families gathered to honor St. Nicholas’, or Sinter Klaus, Day. By 1820 stores were advertising Christmas shopping. 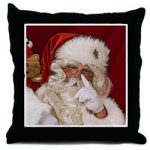 The modern day American version of Santa Claus was popularized by Clement Clark Moore’s poem “An Account of a Visit from St. Nicholas,” which most of us recognize as ‘Twas the Night Before Christmas.

I’ve had the opportunity to don a Santa suit on more than one occasion. I’ll be doing so again this weekend, the first time for pay.

My son tells me I could make a living this way, I’m not so sure, especially when I think about boot camp…