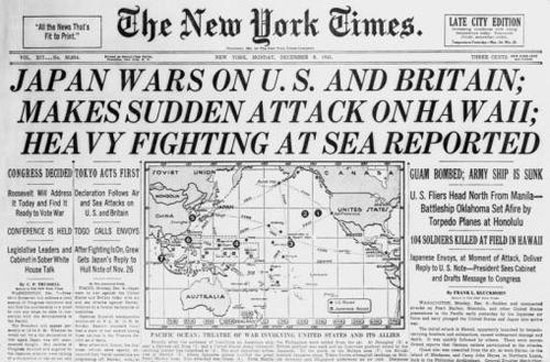 It’s hard to imagine how news of the attacks on Pearl Harbor spread without the internet. Families who had them gathered around their radios, or waited for the newspaper.

Now we’re bombarded 24/7 with news, real and fake. We get all het up over a story only to find out later that it’s not even real.

I’m not sure that we’re better off.

There’s really no good way to get bad news. But it seems there’s no escaping it either.

But we’re in the Christmas season, the season of good news.

In the midst of all that’s ugly, we can remember that.

In the midst of all the struggle and the stress, we can remember that.