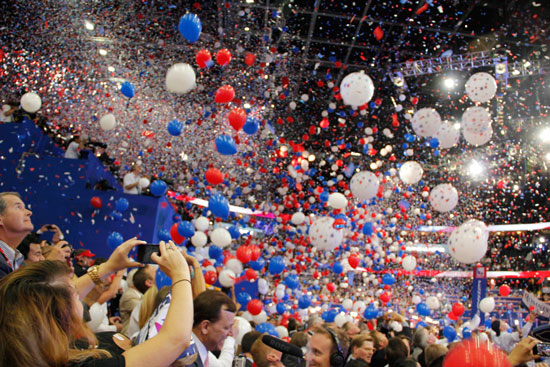 I had an entirely different post ready to run today. Actually I had two. I suspect there was a lot of re-writing last night.

And at about 10:00 p.m. Eastern last night I posted this as my status:

Seriously considering changing tomorrow’s blog post from “It will be okay” to “What the &$#$ was that?”

We’ll get through this. Regardless of whether your candidate won or lost. Really we will.

Let’s set aside the animosity and start figuring out how we can work together. Because we have to.

The American people have spoken.

It’s a distinct possibility that the American people are idiots, but they (or shall we say we?) have spoken.

And no, my candidate didn’t win.

In this election cycle we were faced with two unacceptable choices. “We the People” have to get better at this.

Oh sure, I know the partisans on each side tried to talk a good game. But we all know that many Democrats felt they were stuck with Hillary Clinton because the system worked in her favor and she was destined to be the nominee regardless. That’s been documented. And we know that many Republicans fell in line because, like him or not, Donald Trump won the nomination fair and square out-snookering a cast of wannabes that even Cecil B. DeMille would have had trouble assembling.

Note to the GOP: You don’t have to fill the back rooms with smoke, but maybe you should do a little more behind

the scenes negotiating amongst yourself before you trot everyone back out on the stage. A good 12-15 of your candidates should never have made it to prime time.

This past Sunday at church I heard perhaps one of the best sermons I’ve heard about the American electoral process that I’ve heard in a long time. And this was to a congregation where I know our voting preferences were mixed.

The bottom line? God is in control.

The pastor reminded us of the words that Jesus said to Pilate. In the 19th chapter of the Gospel of John.

Pilate said to Jesus “Don’t you realize I have power either to free you or to crucify you?”

Jesus said to him “You would have no power over me if it were not given to you from above.”

Think about that, even the power of the Roman government was ordained by God.
To put it in perspective folks, if we are people of faith we have to believe that the results of yesterday’s election were in God’s plan all along.

Trust me. He wasn’t surprised by the outcome.

And he’s certainly not worried.

We shouldn’t be either.