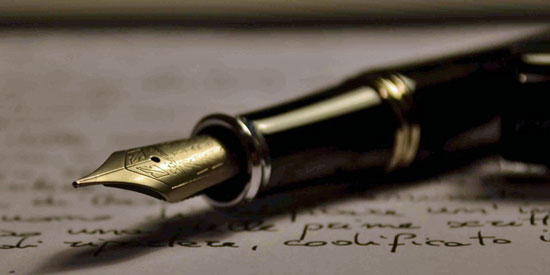 Blogging isn’t easy. And I’ve never said that it was.

In fact I’ve probably spent more time whining about not having time to write, or not having subject matter, than I have offering positive, encouraging, writing advice.

Just for the record, Monday I learned the hard way that plumbing is harder than blogging . For me anyway. I fixed one sink, after four hours and two trips to Lowe’s. But the problem of the second sink is beyond my skill set.

Here at mid-week I have my last official class with The Mighty Pen Project tonight. The graduation is next Wednesday. It’s been an amazing class and I’m very blessed to have been able to participate as a civilian. I believe my writing has improved. I’m certainly more conscientious about it.

And still, during the course of the weeks, I have struggled with what to write.

Without taking this too far, I’ve been greatly privileged to sit around the table to not only be taught by a best-selling author, but to hear and read the stories of those who served our country in Vietnam and Iraq.

My life, and my writing, have been greatly enriched. I will always be grateful for this opportunity.

But it’s made me take a more serious look at this writing thing. Sure, I can come here every day and spout the BS.

What I’m saying is that I’m having a difficult time seeing this blogging thing as a way to make a sustainable living.

Setting up a blog is easy. It really has been since the days of Geocities and Tripod (which may or may not still be out there). But you can go to WordPress or any number of other sites right now and create your own blog.

Can you fill it with interesting material and develop a following? Maybe you can. I know people who have.

I’m currently signed up for an online writing summit. This one’s free, but sure you can pay for “full” access. It’s filled with successful writers who tell you how they made their millions online…basically writing and speaking about how to make millions online. I admit, I watched half of the first session. I may watch more. I may not.

I don’t want to write a book in an hour just to sell bazillions of copies. I want my writing to mean something.

True, I’ll take copy writing jobs and content writing jobs to earn some pay. But I don’t want to write the best-selling book that everyone buys just because it’s the latest thing (one of the speakers actually said that), and just because it promises a magic formula to make you rich.

These are the people who tell you how easy it is.

Don’t get me wrong. I wouldn’t mind selling bazillions of copies of my book(s).

But I want the books I finish and attempt to sell to be worth reading and not just something promising a magic formula.

Unless it’s a fantasy novel about someone with a magic formula.

Enough for now, I’ve got magic writing to do.