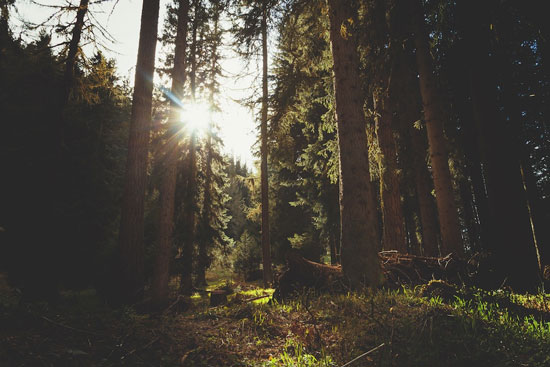 I watched…most of it.I did not have a dog, or for that matter cat or horse, in the fight. I did have two big dogs wanting all the snax.

I sort of wanted Denver to win for Peyton Manning. But I sorted wanted Carolina to win because they had an amazing season.

I lost sleep over neither.

And yes, I know this should have been a Monday article. No sleep was lost on that account either.

Here’s all I really have to say about the game.

Lady Gaga did an amazing job with the National Anthem. It was tasteful. It was respectful. It was beautifully sung. More like that please.

By the way, I did notice that the words were displayed on the large screens around the stadium, no doubt as security against another Christina Aguilera moment.

I enjoyed the halftime show. Sorry.

Most of the commercials were pretty lame. As are the complaints about the Doritos commercials by abortion rights advocates. Heaven forbid we actually think an ultrasound would show a baby.

I’m not making this up. NARAL actually complained that it “humanized” the fetus.

Dr. Robert George of Princeton University wrote this on Facebook:

I gather that the really big news, as always, had to do with a commercial advertisement that was broadcast in the course of the game. Evidently, a potato chip manufacturer, or some such profit-driven purveyor of packaged foodstuffs, showed a video image of an unborn baby. This shocked and appalled the folks at NARAL, the big abortion lobby, who promptly accused the company responsible for the ad of “humanizing the fetus.” Since, however, the fetus in the video was, by all accounts, a human fetus, the offspring of human parents, and not a bovine, canine, or feline fetus, it’s less than clear how it is that the potato chip company (or whatever it was) is to blame for the humanization. Surely NARAL’s complaint would be more fairly lodged against God, or nature, or plain old biological reality.
Via LifeSite News.

As for the other commercials, kudos to the sheep. I was, however, somewhat appalled by a commercial for a drug that helps you deal with drug induced constipation.

I don’t snark at anybody’s pain. If you’re a long term reader you know I went through my own round of chronic pain and reactions to pharmaceuticals.

I have no medical degree, but I’ve learned enough about my own health that I know taking a drug to counteract the side effects of another drug just isn’t the solution.

I’ll admit I didn’t finish watching the game. About halfway through the 3rd quarter my wife cautioned me to put down the wine glass before it fell out of my hands. Not because I had too many glasses, but because I was falling asleep.

I excused myself and went upstairs to watch Mercy Street and Downton Abbey. I had a friend who worked on this week’s episode of Mercy Street. That was fun to see. I’ve actually had several friends work on the series. I’ve now spotted two.

I also used the time to finish up a substantial writing project. So don’t judge me for not seeing the end of the game. I know who won.

When your team hasn’t even been close to the Big Game in a number of years it’s just not quite as exciting.

As for what the quarterbacks did or said at the end of the game, my wife wrote this on Facebook:

It’s interesting how the sport of Armchair Quarterback has extended to cover the post-game interviews of the actual quarterbacks. Panthers’ fans are criticizing Peyton Manning for saying he was going to celebrate by drinking beer BEFORE he thanked “the man upstairs” (that word choice gained another criticism). Broncos’ fans are criticizing Cam Newton for his glum press conference where he simply stated that the Panthers were outplayed, they made mistakes and that the team that played a better game won. First, any player has the right to celebrate in whatever legal way he chooses – although I do recommend Mr. Manning first go give a big hug to the Bronco defense because they are the ones who really won this game. Secondly, I applaud Mr. Newton for not making any excuses or blaming anybody else. He didn’t even accuse the refs on any of the calls – although I do think he could have in at least one instance. He wasn’t angry – he was dejected. In both cases, I think we were allowed to see authentic people expressing their true feelings. Isn’t that refreshing right in the middle of a presidential campaign! Perhaps we expect too much when we want super-star athletes who are also super-star Public Relations machines!

In other breaking news, Manning and Newton are human. Sorry to spoil that for you if you thought otherwise.

By the way, for the record, the Washington Redskins are now officially tied for first place in the 2016 season.

Speaking of which, while I have not yet announced, I’m also tied for first place in the next Iowa caucus.

Don’t snark. It’s not as far away as you think.