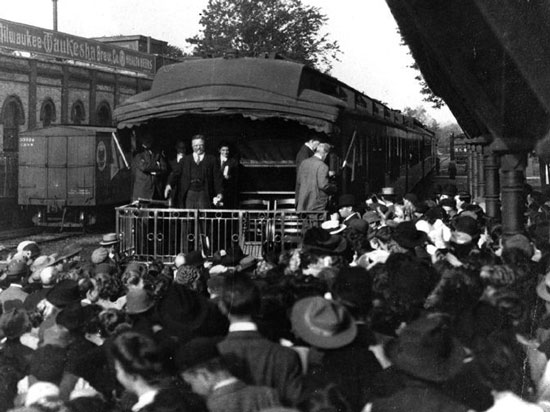 …But we’re glad we didn’t buy a ticket.

Honest, it is difficult sometimes not to wade back into the murky political waters.

I don’t regret my decision to take myself out of the political process. After 30-some years of trying to fight for the cause I just got tired of defending the indefensible. It’s also true that some of my views have changed.

I used to believe that’s what Republicans believed and that’s why I was one. But something happens once politicians take the oath of office. It becomes “the government takes too much and spends too much on things I don’t like, here let’s spend it on this.”

There’s a whole host of other issues that I’m not going to get into on a Friday, but if you’ve read here long enough you know where I stand.

I found it somewhat fascinating that on Tuesday night my oldest was glued to the Iowa caucus returns whilst I was waiting for ABC to post the streaming version of The Muppets.

I have paid my electoral dues.

But here, because I never can say goodbye, are some general snarks about the caucus results and what’s going on.

The Donald didn’t walk away with it all. It was as if 75% of Iowa Republicans put on the Sorting Hat and whispered “Not Slytherin, Not Slytherin!”

As for Ted Cruz, let’s remember the last Iowa GOP caucus winner to become president was George W. Bush, running unopposed for reelection in 2004 (he also won in 2000). The 2008 and 2012 winners did not even gain the nomination.

All that to say that New Hampshire may tell an entirely different story.

Speaking of New Hampshire, bless poor Jeb!’s heart. Again if you’ve read here you know that I said years ago that I wanted neither another Bush nor Clinton back in the White House. But this video tells us all we need to know

No amount of clapping will bring back this campaign, Tinker Bell.

Speaking of Clintons, on a side note, if it’s Trump vs. Clinton, I’d have a really hard, perhaps impossible, time of pulling the lever for The Donald.

According to an editorial in the New York Times, Ted Cruz and Marco Rubio aren’t Latino enough. I’m not making this up.

Neither Mr. Cruz nor Mr. Rubio meets conventional expectations of how Latino politicians are supposed to behave.

Apparently at a post-caucus karaoke session they flubbed the words to “I like to be in America.”

This is a fascinating take on it when you think about it.

The Democrats are running two (formerly) three, not really young white people. Sure, they get diversity points because Hillary! is a woman and Bernie is a socialist. But are we really getting the picture here?

Based on who still might be in the race (no pun intended) and who might simply have gone home to change clothes, the GOP offered up a cast of thousands which included two Latinos, one African American, one woman and a smattering of good ol’ boys.

Whether you like any of them or not, that, my friends, is diversity.

Finally, because I have a weekend to get to, the Washington Post brings out the voter ID suppresses turnout argument again.

(By the way, WaPo, nice editorializing with the picture of Ted Cruz attached to this article).

Seriously? The vote is the most precious right and responsibility in this country. Quite honestly, it shouldn’t be easy to do.

But can we end the insanity of this argument once and for all? It’s not that difficult to get a government ID. For heaven’s sake, the World Trade Center bombers had Virginia driver’s licenses.

If they could tolerate the lines at the DMV, aren’t you a little embarrassed to complain about it?

Here’s a list of things you have to have an ID for:

The list goes on depending on laws in your state.

Yes, voting is a right provided for in the Constitution. But it’s also a precious gift. And if we don’t value it enough to put out as much effort as it takes to score a pack of smokes, then maybe we shouldn’t be voting anyway.

Suppress that in your pipe and smoke it. Oh no, you can’t. You don’t have a Photo ID.

Well, now, I see by the clock on my iPhone that it’s time to go.

I’ve got a soapbox to sell on eBay. 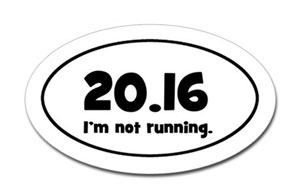