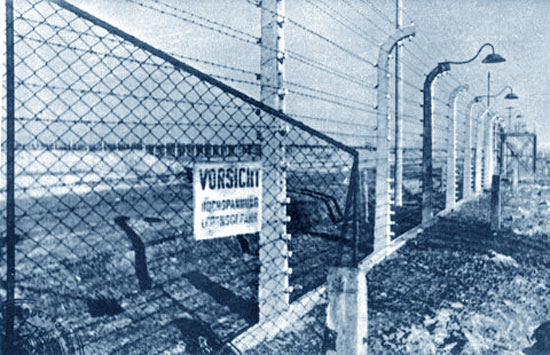 On this date in 1941 the Imperial Japanese Navy carried out a surprise attack on United States forces in Pearl Harbor, Hawaii, drawing the U.S. into World War II. President Roosevelt called it a “day that will live in infamy.”

Shortly after the attack, Roosevelt ordered the incarceration of Japanese Americans. Some 120,000 people of Japanese ancestry were forced to relocate and were incarcerated. Sixty-two percent were U.S. citizens.

Much has been said and written about the attack, about the war that followed, and about the shame of the Japanese Internment Camps here in the United States.

Actor George Takei has written and spoken much about how his family was rounded up and sent to an internment camp. The story is told in the Broadway musical Allegiance in which Takei stars along with Lea Salonga.

The fear that led to the internment camps was understandable, if misguided. The assumption was that anyone of Japanese descent could be a threat.

For the record, the flag that few over those camps wasn’t the Confederate flag.

History repeats itself as we are now faced with the very real fears of radical Islam. The attack last week in California raises those fears again and we see some politicians calling out for the profiling, even registering, of Muslim Americans.

Have we learned nothing from history?

Don’t get me wrong. We are absolutely right to be concerned about the threat of radical Islam. It’s real. It’s here.

But rounding up every American Muslim and forcing them to register or be labeled?

There have been many comparisons to the Jewish Holocaust.

The comparisons are and aren’t valid.

The Jews posed no violent threat to Hitler or the Germans. Rather Hitler thought them to be an inferior race based on his own perverted view of the world and his quest for power. An entire race was singled out first to be labeled, then to be incarcerated, then to be exterminated.

So, while the motivations and the fears are radically different, the slippery slope, perhaps not so much.

Unfortunately, we don’t have leadership in this country with the requisite testiculogical equipment to deal with the issue.

On the one hand, we have a President who makes disparaging remarks about his own country while on foreign soil (read Friday’s post).

On the other hand, we have the leading candidate in the other party (what the hell are you people thinking?) calling for the registry of Muslim refugees.

No one seems to be looking at the issue rationally. And just maybe, because the threat of radical Islam is real and of itself not rational, there’s no rational response.

When you think about an ideology that caused two parents to leave their six-month old and go carry out an assault, during the company Christmas party, on co-workers who had recently given them a baby shower there’s just no rational explanation of that.

The threat of radical Islam is not that people hate us because of who we are. They hate us just because we are.

For the record, whatever you think of the Colorado Planned Parenthood shooter there is nothing in the Christian faith or the Christian tradition that would condone such behavior.

Nothing. No matter how much the narrative fits your political agenda.

Those who carry out violence in “the name of Christ” missed his message.

Sitting here behind my keyboard I don’t have the answer to the threat of radical Islam.

I’m pretty sure it’s not profiling or internment camps.

But it’s likewise not putting our family heirlooms out on the kitchen table and yelling “Hey, come on over, the door is unlocked.”

As a follower of Christ, I have to be a little concerned about a certain university president encouraging his students to conceal carry or a certain evangelical leader telling President Obama that no more Muslims should be allowed in until the screening policy is changed.

I mean, I’m sure they’re basing that on something that Jesus said about the Romans, but I just can’t put my finger on the Scripture reference.

But I haven’t really heard anyone else with a good answer either.

The truth is, there are no easy answers.

I know how I feel.

I’m just sorting out what I think.