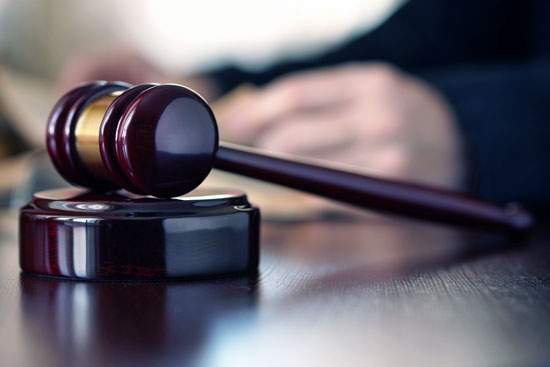 “Judging others makes us blind, whereas love is illuminating. By judging others we blind ourselves to our own evil and to the grace which others are just as entitled to as we are.”
– Dietrich Bonhoeffer, The Cost of Discipleship

Dietrich Bonhoeffer, German pastor and theologian was born on this day in 1906. He was executed on April 9, 1945 just two weeks before United States soldiers liberated the camp where he was held.

I pretty much get convicted anytime I read anything that Bonhoeffer has said. The man was brilliant. And he stood for what is right in a time when many were not.

I like this quote about not judging others. I realize that I’m often very judgmental. But I try not to be.

Most humans, maybe even Americans in particular are pretty judgmental. We have pre-conceived ideas just because of the way people dress, or where they live, or how they eat, or with whom they choose to live their life.

Yes, he did. He is not, however, going to elaborate.

Other than to say that sometimes those who are most preachy about diversity and tolerance are the least tolerant.

Oh snap. He went there again.

We have to learn to live with each other and love each other in spite of the fact that our viewpoints may differ dramatically. Let me be blunt, real diersity means that people are going to have to be tolerant of the fact that Christians still believe what the Bible teaches.

Oh snap. He keeps going there.

At the same time, some of my fellow Christians need to ease up on the Bible thumpin’. Rather than preaching fire and brimstone, give people a reason to ask “Why this hope within you?” (See 1 Peter 3:15)

See? I’m practicing diversity by offending just about everyone.

Mark Zuckerberg founded Facebook on this day in 2004. Wonder how many people judged that a foolish venture?

While Facebook and Social Media are wonderful things, I think they’ve also polarized us quite a bit. It’s easy to sit behind an anonymous keyboard or event not-anonymous, and spout off our political, religious, or moral view points. Things we’d never likely say to someone’s face.

See? I’m even pissin’ myself off in this post.

In my current show (Parade at Jewish Family Theatre), I play both a retired Confederate Soldier (you’re judging me just a little bit right now, aren’t you?), as well as the judge who sentences an innocent man to death. (Read the history, it’s a true story and that’s not a spoiler).

In the second act, as Leo Frank is waging his appeal process, the judge, nearing death, wonders if he did the right thing and as many others do, contacts the governor. The judge tells of this struggle in a song that I should probably be practicing right now.

Ironically, this time last year I was getting ready to open in another show in which I played…wait for it…an old judge. Not quite so near death in The Chalk Garden, but still with regrets for decisions made and lives affected.

Obviously, judges in a courtroom setting are entirely different than the judging of which Bonhoeffer speaks.

I’m not a courtroom judge, but I do play one on stage (feel free to contact me if you’re a casting director).

Do not judge, or you too will be judged. For in the same way you judge others, you will be judged, and with the measure you use, it will be measured to you.
– Matthew 7:1-2

That’s what Bonhoeffer was talking about.