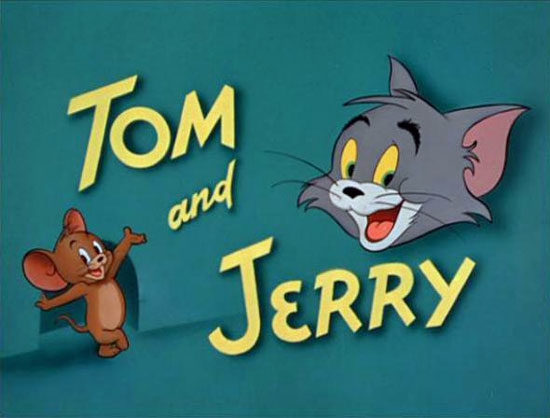 I grew up with Tom and Jerry.  I loved watching them every chance I got.  I’m assuming it was just on Saturday morning, but somewhere in the back of my decades-old mind there’s a memory that there were cartoons on weekdays as well either before school or when I wasn’t in school.

Frankly, that doesn’t matter and I’m not about to do the research to figure that out.  If it’s going to keep you up at night, feel free to look into it and get back to me.

By today’s standards the early versions of Tom and Jerry would be deemed racist.  While you never really saw a human you did see the feet of Mammy Two Shoes.  Her face only appeared once in Saturday Evening Puss.  Mammy Two Shoes was the stereotypical mammy archetype and in later years was edited out to show a slim, white woman.

DVD releases show Mammy Two Shoes restored, but come with an introduction by Whoopi Goldberg.  Goldberg says, “The Tom and Jerry episodes included in this collection comes to us from a time when racial and ethnic differences were caricatured in the name of entertainment. These prejudices were wrong then and they’re wrong today.”  She goes on to say that “removing Mammy Two Shoes would be the same as pretending she never existed” and noted “the other images and jokes that we wouldn’t normally include in a mainstream cartoon today.”

Other editions of the classic cartoons carry a similar warning.

When I was researching the quote from Goldberg I saw a lot of controversy about the disclaimer.  I’m not going to get into that other than to say that Goldberg has a point.

On the same year that Tom and Jerry debuted, McDaniel attended the Academy Award ceremony, but had to sit at a segregated table.

Those who would say that the cartoons of that era were not racist aren’t watching the same cartoons that I grew up with.

What I appreciate is that the original versions are being shown and not the edited versions.

It’s not unlike the controversy over the non-existent Virginia State Song.  We haven’t had one for a number of years since the General Assembly retired Carry Me Back to Ol’ Virginny.

By the way, I once saw that in a cartoon where the young lady sang the first line of the song on stage and was promptly…carried back.

The General Assembly was right to retire the song.  It’s a pity they still haven’t acted on replacing it although they are trying again this year.  There are a lot of good choices out there.

There’s a point to this post that I don’t think I was planning to make when I started writing it.

I think what I want to say is that I disagree with those who would sanitize our history.  We need to remember the past.  Especially the ugly parts.  We can’t pretend they didn’t happen.

If we do, we forget how bad things really were.

The good thing about Americans and Tom and Jerry is that, unlike some other extremists, we can laugh at cartoons and agree that they may be offensive.  But we can do so without blowing anything up.

Let’s not pretend we always got it right.  But, let’s be clear that we got a lot more right than we did wrong.

This post about a cartoon is sounding dangerously political.