What “They” Say About Writing 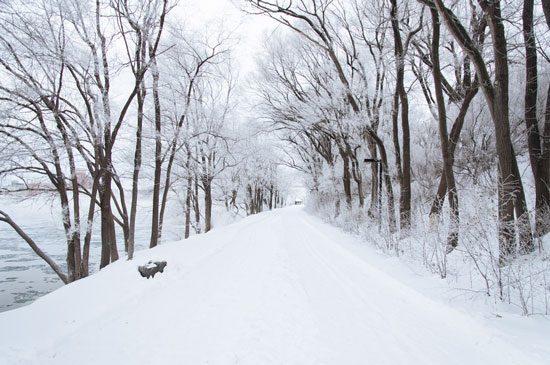 On this day in 1835 the United States national debt was zero…for the only time…in like ever.  I’ll just let that sink in a minute.

Now that we’ve all rolled our eyes, let’s talk about blogging.  Sure it seems that nearly everyone these days has a blog or calls themselves a blogger.  But how many are doing it successfully?

Truth is, I did much better when I was blogging politically.  That was aided by the fact that there were some pretty active blog aggregators that drew attention to my posts.  But I got some local and national notice.  I even participated in a discussion on politics and religion that was featured in the Richmond Times-Dispatch.

But since those days, I’ve put the politics behind me.  While I don’t regret that move, I do regret the loss of traffic.

So, in a post where I acknowledge that I need to take my own advice, here are 10 tips for being a better blogger.

Know your audience.  The truth is, I probably personally know everyone in my audience, and I’m grateful for each one who stops by here daily, or at least on a a fairly regular basis.  The truth also is that the audience isn’t very large.  Most of you are friends and family that I’ve known over the years.  What I need to figure out is how to write for other people who want to hear from a mid-50s white man who is into acting, writing and art.

Define your goals.  Sure, my goal used to be to turn this blog into a full time job opportunity for my writing, much like my niece did with Doughmesstic, or like Jon and Sherry did with Young House Love before they decided to throw in the trowel (see what I did there?).  But now, I’ve realized that this blog is merely my writing headquarters on the web.  It’s a place to say, “look, this is who Michael is, we should check out his other writing projects” or “this guy is good, we should hire him.”  Yes, you should.

Be consistent.  Stay on topic…stay on topic (bonus points if you get the almost reference).  Admittedly, on any given day, my blog post could go in a half dozen different directions.

Be visible.  Network and promote.  I publish here and currently promote the posts on Pinterest, Facebook, Twitter and Google+.  There are those who might think that I spend way too much time on social media.  I probably do.  At the same time, it’s part of a strategy.  Every smart-ass comment I make should not be taken at face value.  It’s there to draw attention.  That’s right, it’s there to draw attention to me.  So that one day, a day that is coming sooner rather than later, when my book(s) is(are) finally published, people will say, “hey, that’s that funny dude on the Internet, let’s buy his book.”

Take risks.  Some of my more recent posts have been a little more vulnerable, particularly when talking about health issues.  There are still some things that I won’t share on the blog, for multiple reasons.  But being a writer is all about baring your soul and taking those risks.

Ask for help.  I don’t do enough of this.  There are other bloggers out there that I follow.  They’ve figured this out in a way that I have not yet done.  On the flip side of that, I’ve certainly asked for technical help when needed.

Learn from the experts.  There are hundreds of blogging and social media and networking experts out there.  I can’t follow them all.  But currently I’m a fan of Chris Brogan, Rob Hatch, Seth Godin and Jeff Goins.  I’ve learned from all of them and continue to see new and fresh ideas in what they present on a regular basis.

Be yourself.  Be original and bring your own personality to the work.  Don’t try to mimic someone else.  Find your own voice and use it.

Be brief, clear and simple.  People aren’t coming by your blog to read your thesis.  Say what you have to say simply and concisely.  If you have more to say, make it a second, equally concise, post.

Make it fun.  Blogging should be fun for both you and your readers. Throw in some humor or other lighthearted content.  Use graphics and videos when appropriate.  At the same time, don’t go overboard with the cute.  I love the Cheezburger cats, but really, they’re so not this year, or even last.

Will this advice make you an instant overnight success?  Not likely.  Will it get you millions of hits on your blog? Not likely.

However, in the event it does, remember to come back and hit the tip jar.  Or you could do that now and save yourself a second step.