Pumping up the volume: let’s get more traffic to the blog

Is Self Publishing for You?: A Review

Stop me before I post again: learning to use the Internet 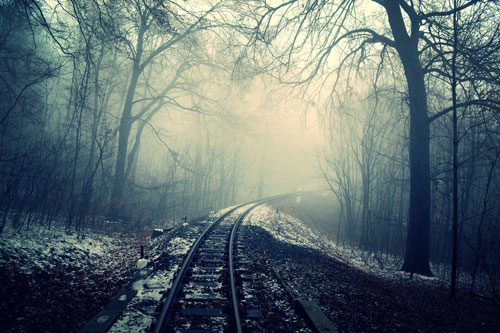 There’s this scene I saw once in a movie, or maybe in a late night pizza induced dream, where an organist is poised to play, fingers at the ready, then something happens. Either the conductor/song leader stops to talk, something crashes, or something else happens. But at the precise moment the organist’s fingers curl in anguish and turn away from the keyboard, veins pop in the forehead and maybe even steam comes out of the ears.

In the image in my mind the organist is my college piano professor who grew up in Amsterdam. Legend around campus had it that he learned to play in the cathedrals and because there was no heat he played wearing gloves with the fingers cut out. I had little, okay no, excuse when he said to me ‘You haven’t practiced, have you?”

Now, I may have completely imagined all of this. But, that’s not my point.

The reason I bring it up is that, once or twice a day, I find myself making that same motion when there’s a comment I want to make on Facebook. But, I stop myself.

Generally, it’s about a political comment that I want to make. While I’ve stopped actively writing about politics, I do follow the issues and still read certain bloggers. And while I’m tempted to scream “this is why you’re wrong,” I don’t do that anymore. I’m not going to fix people via the Internet. I just don’t have the time to correct everyone.

It’s not easy learning how to navigate the Internet. I’ve been on for almost 20 years now (ouch). It began with anonymous arguments. Then I found a political forum where we all used pseudonyms, one of which I later turned into a blog name, but that’s another story. In that forum I spent some time in, of all places, the religion wars (you think politics is nasty?). After emerging there all bruised and scarred, I found a home with some devoted Tolkien fans. We still keep up with each other. I later gained (and perhaps lost) some credibility on the political blogs. Then came Facebook. Not to rehash everything, but let’s say 2012 was a challenging year. Last year I just got tired of having the same arguments with the same people and getting nowhere.

Still, I love the Internet for what it brings us. I’m connected with people from high school and college whom I’ve not seen for more than thirty years. I’m connected with other writers and creators who, like me, want to make this whole thing work out. I even feel that I know some folks from church better because of our Facebook conversations. And, just for the record, I’m not connected to anyone from my day job office.

I know there are people who think I spend way too much time on the Internet. Maybe I do. But I’m not playing Candy Crush or any other game (beyond a few rounds of Words with Friends which actually helps improve the vocabulary). I’m online to communicate, to write, to talk, to make connections.

I read book after book that tells me I can still making a living via the Internet, either through launching my own business, running my own blog or selling my own freelance work. I’ve yet to make that happen, and you have to be careful that the information you read doesn’t promise what it can’t deliver. For the record, I’m not paying anyone to make me rich.

All this is to say that the Internet is a great place to engage in conversation. No, it doesn’t replace actual live conversation. Although for those of us who are introverts, it’s a pretty safe place.

So, the question becomes, when do you engage in conversation? For me, it goes like this:

1) When I’m inspired with a snarky or witty comment. I’ve been told I’m funnier on the Internet than in person. Okay.

2) When a friend posts of a struggle, a death in the family, or just needs a word of encouragement.

3) When information is out there that’s just wrong. I’m not talking differing opinions. I’m talking just wrong. For example, President Obama did not cancel the National Day of Prayer (he can’t). And, Bob Denver is still dead.

4) When I’m working to promote a show or a writing project.

5) When there’s a chance to engage in real, meaningful discussion on a particular subject. Admittedly, those times are rare.

The Internet is a tool. It can be an effective tool if we use it wisely.

Your Candy Crush score may vary.