He’s Got a Ticket to Write

Getting back on track 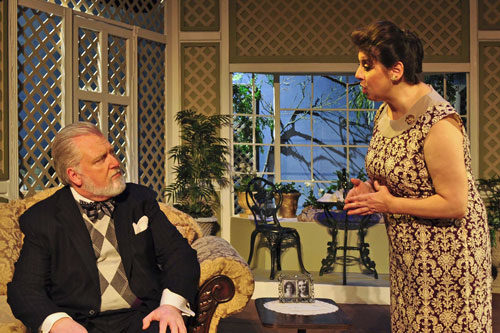 Yesterday afternoon was the final performance of The Chalk Garden at The Playhouse at Ft. Lee. It was my first time working at Ft. Lee. I hope it will not be my last.

It was a difficult play. Not only for the accents, but for the British phrases and allusions that probably made sense when the play was written in England some 60 years ago.

It was a challenge. Still I am grateful to The Theater Company at Ft. Lee and to Director Jason Campbell for giving me this opportunity.

What’s next? I don’t really know.

I have an actor friend who expresses her anxiety every time a show closes that this might, indeed, be the last show in which she is offered a part. She’s amazing in any role she plays, so we all think her fear a little irrational. But, I know exactly how she feels.

My next audition is coming up in March. What if I don’t get it?

Truth is, I auditioned for half a dozen shows last fall. I was offered a part in one. That’s actually a pretty darn good ratio.

Truth also is that, since I branched out into more traditional theater when I played Potiphar at Dogwood Dell in 2012, I’ve been working pretty consistently. True, it helps the consistency greatly that September through December is consumed by Glorious Christmas Nights.

While I don’t know the next show that I’ll be in, I do have some acting opportunities lined up. One is a possible role in a short film being produced by a senior film major at VCU. Since my own son is a film student in Kentucky, and since I prevailed upon my college roommate to help him find space for his senior film project, I sort of feel like I’m paying it forward.

I also have a couple of historical reenactment opportunities coming up. One at Ft. Lee, and again back at Berkeley Plantation in the fall.

In the meantime, I’m working on promoting shows and reading plays for CAT Theatre. (My selections may or may not include parts for large, old, white men. Why do you ask?)

And I’m writing. And doing taxes. And…well, you get the point.

While, in some ways, it’s a relief to see a show close, it’s always a little sad.

Last year one of my cast mates from Play On! presented us all with a custom CD she had put together that provided the soundtrack, or actually told the story of the play. As I listen to the CD, I can relive the action on stage and remember the story and the good times.

The last song though, is Madonna’s “Take a Bow.” I’m not really a Madonna fan (did love her in Evita). The video is…very Madonna…but I love the song.