Sing we now of Christmas – December 11 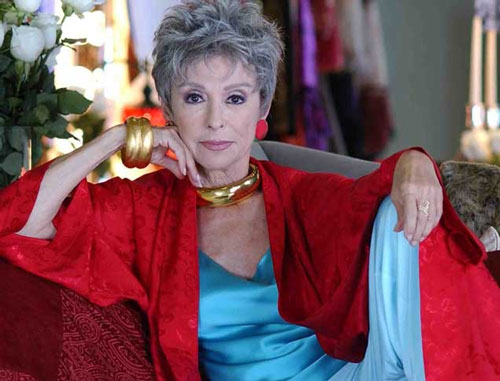 Rita Moreno was born on December 11, 1931 in Humacao, Puerto Rico. She is one of the few performers who has received all for of the major entertainment awards in America. She is the only Hispanic to receive those awards and was the second Puerto Rican to receive an Academy Award.

Moreno is perhaps best known for her portrayal of Anita in the 1961 version of West Side Story for which she won the Academy Award for Best Supporting Actress. She was also seen in Singin’ in the Rain and The King and I.

Children of the 70s would recognize her voice as the one who yelled “Hey, you guys!” at the opening of The Electric Company on PBS.

She received the Presidential Medal of Freedom from President George W. Bush in June 2004.