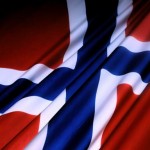 The horrific attack in Oslo, Norway last Friday, in which 84 Norwegian youths were mercilessly gunned down by Anders Behring Breivik, a psychotic Norwegian Christian fundamentalist and anti-Muslim who also allegedly planted a devastating and lethal bomb in central Oslo, has produced an “Islamaphobic” fall-guy, made to order for the part.

There’s a story here. I’m not sure what it is,