What are you waiting for?

It was a dark and stormy week… 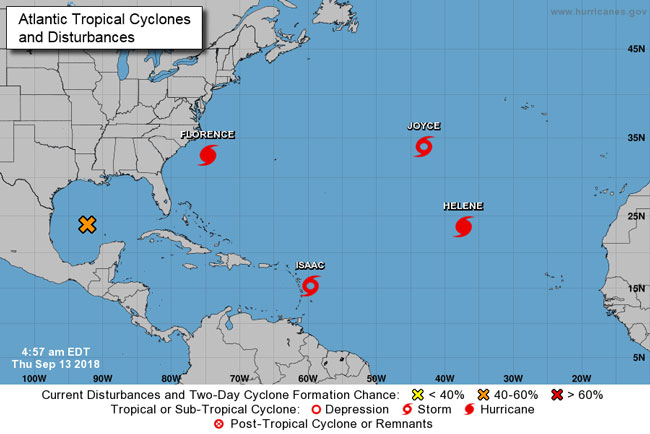 From the National Hurricane Center as of 4:57 a.m. EDT

You should never, never doubt something that no one is sure of.

Charlie and the Chocolate Factory.

What will Florence bring?

At the time I’m writing this, we just don’t know. We just know it’s not going to be pretty. And yet, it looks as if Virginia may avoid the worst of it.

It looks like we’ll just be getting more rain. Because we haven’t had enough of that this summer. We may not have the hurricane force winds.

But, as of this morning (yes, I’m actually updating this real time because I forgot to schedule the post), it looks like it’s just rain and some not-so-bad winds.

We had them for Isabel and for other storms. They are very much not fun.

I hate hurricanes. But, I’d hate living inland and further north even more. So, we suffer through the rare event.

Isabel was 10 days without power. I think it was Fran that had us showering at the YMCA on the way to a formal event.

I took two trips to post-Katrina New Orleans to do reconstruction work.

Do not laugh at the fact that I was on a reconstruction team. I sanded the heck out of some drywall.

But, speaking of doubts and not being sure of things, no one is really sure what the impact of Hurricane Florence will be. Well, beyond knowing that there’s likely no good outcome.

Prayers for our friends in North Carolina.

In a few months we’ll be freaking out about the coming snow storm. Grocery shelves will again be empty of break, milk, and toilet paper.

The forecast says there’s a strong chance of French Toast.

Often, the anticipation of these storms is the worst. I kind of like the ability to say “well, that wasn’t so bad now was it?”

Hopefully by the weekend we’ll all be saying that.