Fast away the old year..

Hark how the bells 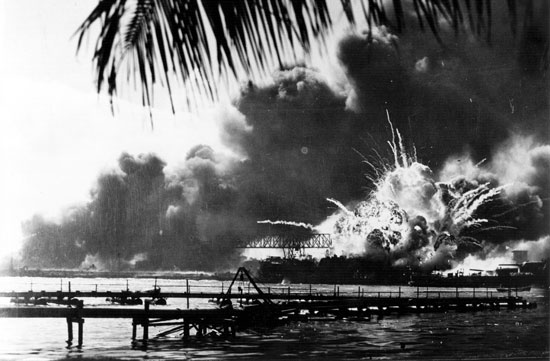 On this day in 1941, the Japanese Navy Air Services launched an attack on the U.S. naval base in Pearl Harbor, in what was then the Hawaii Territory. This drew the United States into the World War II conflict.

Folks, I’ve just received a special news bulletin: “You have something on your front tooth.”

As spoken by the character Tex Baxter on The Mary Tyler Moore Show.

Around the country on this day there are events and articles commemorating the events of that horrible Sunday morning in 1941 some seventy-six years ago.

Today, I’m not looking back quite as far. But a couple of things happened this week to take my focus back to forty years ago. December 1977.

One early morning this week, I think it was Tuesday, I got the news that a college friend, and fellow actor, had passed away. He was living and working in DC where he was also very active in theater. We talked on several occasions about seeing each other’s shows. We never did. There’s more of a post brewing there, but I’m not quite ready to write it.

Then Tuesday evening I was in Virginia Beach for work. No, seriously. I had a meeting in the Hampton Roads area so I went and spent the night at First Landing State Park. It’s a perk of the job and I take advantage of it when I can.

But I needed to pick up coffee for the morning in the cabin. So, on my way elsewhere I found and stopped at a local Harris Teeter.

Not that we need any more new grocery stores in Richmond, but I like Harris Teeter.

Anyway, out front I heard the familiar ding-ding-ding of the Salvation Army bell. I knew I had to stop and make a contribution.

See, forty years ago this month, I was standing on the street corner in the Bronx ringing one of those Salvation Army bells. Several of us from Asbury College had taken a bus to New York to do just that. Our quarter system was set up to give us an extended Christmas break and each November and December a couple of hundred of us would sign up to work with the Salvation Army for our Christmas job. Just before Thanksgiving, we’d scatter all around the country.

I chose New York, and thought I’d be with other friends. Instead, one guy whom I’d met but didn’t know, and I were sent to the Bronx.

On the ride from the Salvation Army headquarters to our home for the next five weeks, the Captain said “You’ve gotten the worst assignment you could have.”

That being my only experience like that, I’m not sure that I can really agree. Only because I don’t know better.

But I do know that we padlocked our kettles to the light posts so that they wouldn’t be stolen.

I also know that the kind manager of the shoe store would allow us to come inside on our breaks to sit and get warm.

And I know that, three days before Christmas, the manager turned around and said “That guy just held me up.” A customer had come in and pretended to buy shoes. At the cash register he showed the manager a gun under his coat. With twenty or thirty people in the store, the manager had no choice but to give him the money.

All in all the Bronx was quite an eye-opening experience

for a 19-year-old from Southwest Virginia.

I also got to see three Broadway shows. The last of which was Yul Brynner in The King and I. I bought my ticket for $7.00. (that’s right, seven dollars).

Things happened and I never went back to ringing bells on another Christmas break.

I remember that time. I remember the good work that the Salvation Army does. A couple of times here in Richmond my family and I have volunteered to ring. We probably need to think about doing that again next year.

What I know is that, forty years later, it’s still nearly impossible to pass by one of those red kettles.

At least not without feeling guilty.

We’ve just come off of Black Friday, and Cyber Monday, both swiftly followed up by Giving Tuesday.

Everybody wanted my money.

I get it. There’s not enough to go around.

And still if you’re reading this, and if we’re all honest, we have more than we need.

I’m not telling you that you have to put money in the red kettles. I think it would be great if you do.

It won’t be a perfect gift. There was only one of those.

And we’re remembering that as the journey to Bethlehem continues.