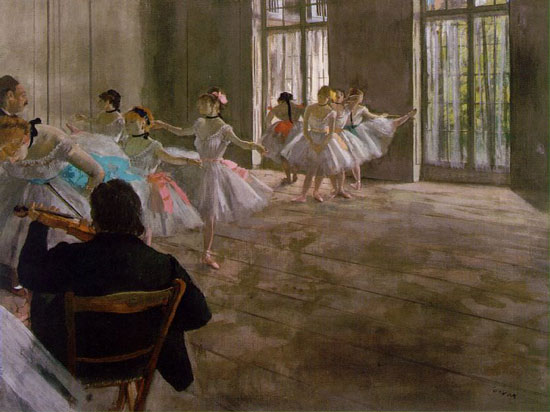 Rehearsal in the Studio. French painter, sculptor, and illustrator, Edgar Degas, was born on this day in 1834 (died 1917).

Some days it’s harder to get to the brilliance than others. This may be one of those days.

In all my talk about organizing and scheduling and priorities, I had a hard time getting to today’s blog post. In fact, the post that would normally be written at least a day ahead of time is being written…today.

Sometimes the ideas are difficult to come by. Even the writing prompts offered by the experts don’t always help. 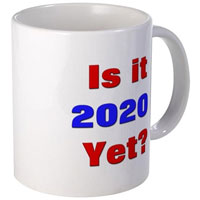 Sometimes schedules get in our way and we have to adapt.

It’s a life-long lesson. No matter how hard we plan, schedule, or program, things always change. Change doesn’t always have to be wrong, but even good change can be disruptive.

I am reminded of the plans we made for the Snow Court Dance in high school (a.k.a. The Christmas Dance.). We created an “Ice Palace” in the school cafeteria. I personally cut and spray-painted snowflakes for weeks.

As we were setting up for the dance, we’d invariably find something that wasn’t quite right. But that was okay. It was still in an era where we could use Christmas lights and candles. (Although I bet even in the 70s the fire marshal would have nixed the candles.) Our running joke became “It’ll be dark and no one will notice.”

For the candles, we very creatively collected dozens of Pringles cans (Pringles were still a novelty in the 70s). The plan was to cut out the side and put in a picture from a Christmas card. The cans were covered in felt. Then a jar would be inserted in the top to hold a candle.

But we ran out of jars, so someone had the idea to hot glue the plastic lid from the Pringles can into the side and to put the candle on top of that.

I think you know where this is going.

Just before the doors were to open, the husband of the French Teacher (the event was being sponsored by the International Club), put out the first of the flames. We spent the rest of the evening telling people not to light the candles.

It really was pretty dark.

I even used the occasion to write one of my first satirical pieces for the school newspaper. Probably in some box, somewhere, I have a copy of that.

The point of the story is that while you may often have to adapt, you should be smart about your adaptations.

We humans are pretty resilient. We may whine, but we can stand a lot more than we think we can.

I’m not really whining here. I adapted to writing this later at night merely because I’m too stubborn to let a weekday go without a post.

It’s Wednesday. Be flexible. Be adaptable.

And never light a candle inside a Pringles can.

Gillespie Gamble Pays Off
While I still believe another half-a-million dollars could have found another 50K+ primary voters, it seems that Gillespie’s gamble paid off.
Bearing Drift

Why the GOP Congress will be the most unproductive in 164 years
The Week
Indeed, it turns out that the GOP-controlled Congress can’t seem to pass any meaningful laws at all. Either they have forgotten how, or the divisions in their own increasingly radicalized caucus are proving too difficult to surmount.

Why Christians Should Stop Caring About So Many Causes
Richard Stearns at Christianity Today
Being the hands and feet of Christ in our troubled world requires that we both pay attention and then stay intentional over the long haul.

American singer and actress, Vikki Carr, was born on this day in 1941.