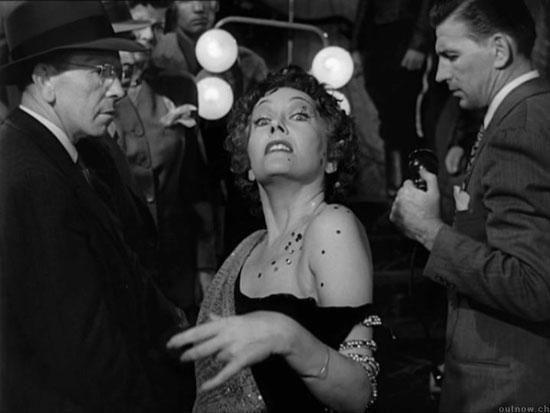 I am big. It’s the pictures that got small.

I’ve seen the movie Sunset Boulevard. I have not seen Glenn Close staring in the iconic role on Broadway.

Of course no one played Nora Desmond quite like Carol Burnett.

It’s Monday. I’ve taken the week off from the day job to give some love and care to a much neglected yard. With any luck and motivation, I’ll also make some progress in the garage and maybe the shed. We’ll see.

Speaking of progress, late Friday night I completed the first draft of my script. I told you I would. True, it needs a lot of revision. But it’s done. With any luck, and a good bit more work, I hope to have it on stage, at least as part of a workshop process, by this time next year.

It’s significant because the United States entered World War I one hundred years ago next month. My grandfather was in his late twenties. Gloria Swanson would have been eighteen.

I’m pretty sure they didn’t know each other and, with all apologies to Ms. Swanson, there’s no real role for her in my play.

On a side note, speaking of my family and celebrities, family legend tells us that when my aunt was stationed in England with the U.S. Air Force, Larry Hagman asked her out and offered to take her to see his mother, Mary Martin, in a play. She didn’t believe him.

We’re nearing the end of the third month of the year, and we can just about say that winter is behind us. Although we’re not completely out of cold temperatures just yet.

I’m looking at my goals. One was to finish the first draft of the script. I’ve done that. Two was to consistently get to the gym. I’ve done that as well.

Three was to get a handle on the yard. I’ll let you know about that next week.

Just remember this: Goals are good things to have. But we have to keep working at them. When we make them we can celebrate. When we don’t, we shouldn’t give up.

Instead we just need to catch our breath, gather our thoughts for a second try and tell the director “I’m ready for my close up.”