Yes, Virginia, there is an election

We were promised sufferings. They were part of the program. We were even told, “Blessed are they that mourn.”

You can’t have been around me in the last few months – work, church, theater, gym – and not have known of the shoulder saga.

Funny, or not so funny, thing is. When I started plotting out the blog schedule for November, I anticipated that this post would be a dramatically different story.

The verdict is in. I do not have to have surgery.

In fact, the surgeon took me in an entirely different direction. Shots instead of surgery, and stop the physical therapy.

Almost two months after my first appointment, I ask myself why I couldn’t have seen this guy first.

But, it didn’t work out that way. When my doctor and physical therapist kept showing concern over the weakness, I was certain that I was heading for surgery. So I was preparing myself. What’s going to make this easier?

I’m sort of matter-of-fact in that way. Give me the worst news, I’ll deal with it and move on.

All I really want is to know the problem and how to fix it.

When I was diagnosed with cancer and told I would need both surgery and radiation treatment I had two questions. I had friends with similar diagnosis who wanted to know blood counts and prognosis and all the accompanying medical information. I had only two questions: Will it hurt and will I throw up?

I braced myself for shoulder surgery and started thinking what that would mean. As I mentioned the other day, I pulled myself out of the cast of Glorious Christmas Nights. Because of Poe and Sherlock, I was coming in late to the process anyway. I knew for certain that if I was facing surgery that I couldn’t do the show. But the reality also was that, even without surgery, I’d not be able to make it through four-performance Saturdays with the current level of pain. As it is, the first thing the stage manager for Sherlock does at every intermission is bring me a bag of frozen peas to ice the shoulder.

It was best that, this year, I take a pass on GCN. I’m still involved around the edges and will help out as able during the run of the show.

I’d also realized that, as much as I love our comfy living room chair, and am delighted to have the opportunity to sleep through a movie every so often, I could not sleep in that chair on a sustained basis. I was pricing recliners.

But, back to the doctor’s office. The surgeon said that the larger issue is the adhesive capsulitis or frozen shoulder. He said that the majority of the cases they see they can treat with injections and time. So, no heavy lifting. Two shots once a month. No more physical therapy.

I’m all over that.

We go to the doctor to get fixed. Earlier this year, I needed the doctor to help me fix a problem with my foot. He, rightfully, told me it would take several months. The wound healed up about the time the shoulder went south.

There’s a great scene in Star Trek IV: The Voyage Home where Kirk and McCoy rush into the hospital to save Chekov who is about to undergo brain surgery. McCoy passes a woman who is in for kidney dialysis. He hands the old lady a pill and as the Enterprise crew rushes out we see her telling everyone “The doctor gave me a pill and I grew a new kidney.”

If only it were that easy in real life. Our doctors can do amazing things, but they’re not magicians.

It’s that way with our spiritual life as well. There are times when I pray about some lingering character flaw of my own and just ask God to take it away.

He could, but he doesn’t always choose to do so.

As we say in the South, now he’s left preaching and gone to meddling.

Paul (formerly Saul) went through an amazing transformation in his Damascus road conversion. But here he writes well into his ministry that he still has to deal with character flaws, or more correctly, sin.

If Paul was struggling, who am I to expect to be any different?

But there’s no magic pill to make me these things. They take time, and work, and commitment. 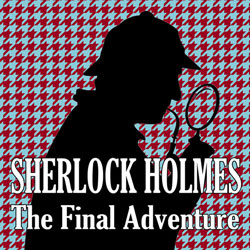 Now through November 8 at CAT Theatre.