Don’t read me the wrong way

How to Write an Effective and Engaging SEO Article

Honestly people. A little help here. I can’t fight all the stupid.

This image popped up in my Twitter feed yesterday. 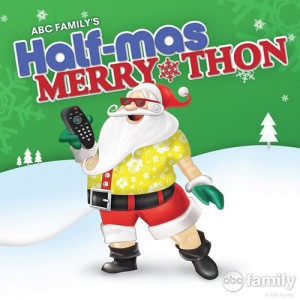 To which I wanted to scream, GET OFF MY INTERNET!

Yesterday, June 25 was exactly six months until Christmas. So, get back to me in five months.

Seriously. Life moves too fast as it is. Let’s not rush it. I know that the Christmas decorations will be out in the stores by September. Yeah, I’ll look.

The graphic popped up as ABC was promoting their “Half-mas Merry-thon.”

No, that’s Half-mas, not Half-ass.

But apparently it means showing really bad Christmas movies in the summer. Movies I won’t even watch when it is Christmas.

Marketing 101 should pretty much tell you “don’t annoy your customers.” [Exhibit A: Eric Cantor]

I didn’t want to see that image or have that reminder yesterday morning. I haven’t even had my first decent sunburn, or picked up the first seashell (which may or may not become a Christmas ornament, but that’s not the point.)

When I grew up, holidays were more compartmentalized. We had summer, then school started. October was for Halloween, November for Thanksgiving, and December for Christmas. As a naive little kid, I remember thinking it odd that Santa was even in the Thanksgiving Day Parade. True, that was before I saw Miracle on 34th Street.

As a bit of history, Christmas actually became a federal holiday on this date in 1870. Although Congress and President Grant made it only for federal employees in Washington, DC. It did not apply to all federal employees until 1968.

Look, I know that there are people who look forward to Christmas all year long. I get that. And I know that ABC will probably increase their viewership with this holiday movies. Admittedly, I get that a little less.

And, while as a believer I’m always happy to be reminded of God’s most precious gift, I don’t need Jingle Bells in June.

Well, maybe if it’s sung by this cat.