365 Things I Believe: While We Were Sinners 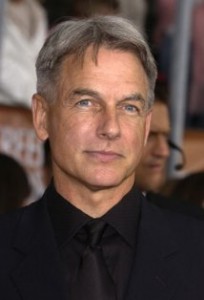 Mark Harmon has been the loveable but quirky Leroy Jethro Gibbs on NCIS since 2003.

He was a college football player and the starting quarterback for the UCLA Bruins in 1972 and 1973. Following graduation, he turned to acting and has spent much of his career playing either law enforcement or medical personnel.

In 1977 Harmon received an Emmy nomiation for Outstanding Supporting Actor in the TV movie Eleanor and Franklin: The White House Years.

Following the cancellation of Flamingo Road where Harmon played Morgan Fairchild’s husband, he landed the role of Dr. Robert Caldwell in St. Elsewhere in 1983. He spent three seasons on the show until his character left due to contracting AIDS from a heterosexual relationship. This was one of the first shows to deal with the issue on prime time television. Two years after his departure, the show referenced the offscreen death of his character.

Harmon is married to actress Pam Dawber. They have two sons.