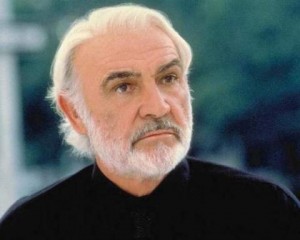 He is Bond, he is Arthur, he is Indiana Jones’ Dad. Scottish actor and producer Sean Connery started his career backstage in the King’s Theatre in Edinburg Scotland in 1951. His acting breakthrough came in 1962 in the role of James Bond in the popular series. Altogether, he appeared in seven Bond films.

Connery was reportedly offered the role of Gandalf in The Lord of the Rings, but declined due to “not understanding the script.” He later agreed to accept the lead in League of Extraordinary Gentlemen. In July 2005, Connery said that he had decided to retire from film, saying was disillusioned with the “idiots now making films in Hollywood.”

Connery was knighted in July 2000.