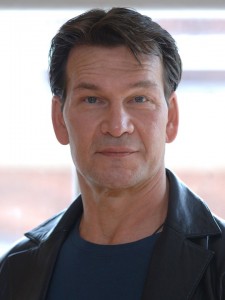 I think I first remember seeing him as Orry Main in the television miniseries North and South, or maybe it was Red Dawn. Later of course it was Ghost and Dirty Dancing.

Dirty Dancing was filmed, for the most part, in my home county of Giles, Virginia. The Mountain Lake Conservancy and Hotel was used as the backdrop to portray a summer resort in the Catskills. It was a big deal for an economically depressed county in Southwest, Virginia. And it still is. The County and my home town of Pearisburg recently celebrated “Dirty Dancing Days” on the 30th anniversary of the film. Fortunately for the county, it was recently announced that Giles will be one of the filming locations for David Baldacci’s Wish You Well.

When Swayze was diagnosed with Stage IV pancreatic cancer in 2008, he bravely fought back the disease. Initial reports were that he was responding well to treatment. In January of 2009 Swayze told Barbara Walters in an interview that he wanted the media to report he was “kicking it.”

But, sadly, he wasn’t. He was cast in the lead role of A&E TV’s The Beast which premiered on January 15, 2009 but was cancelled on June 15 of that same year.

Swayze was hospitalized with pneumonia on January 9, 2009, released a week later to rest at home. By April the doctors informed him that his cancer had metastasized to his liver.